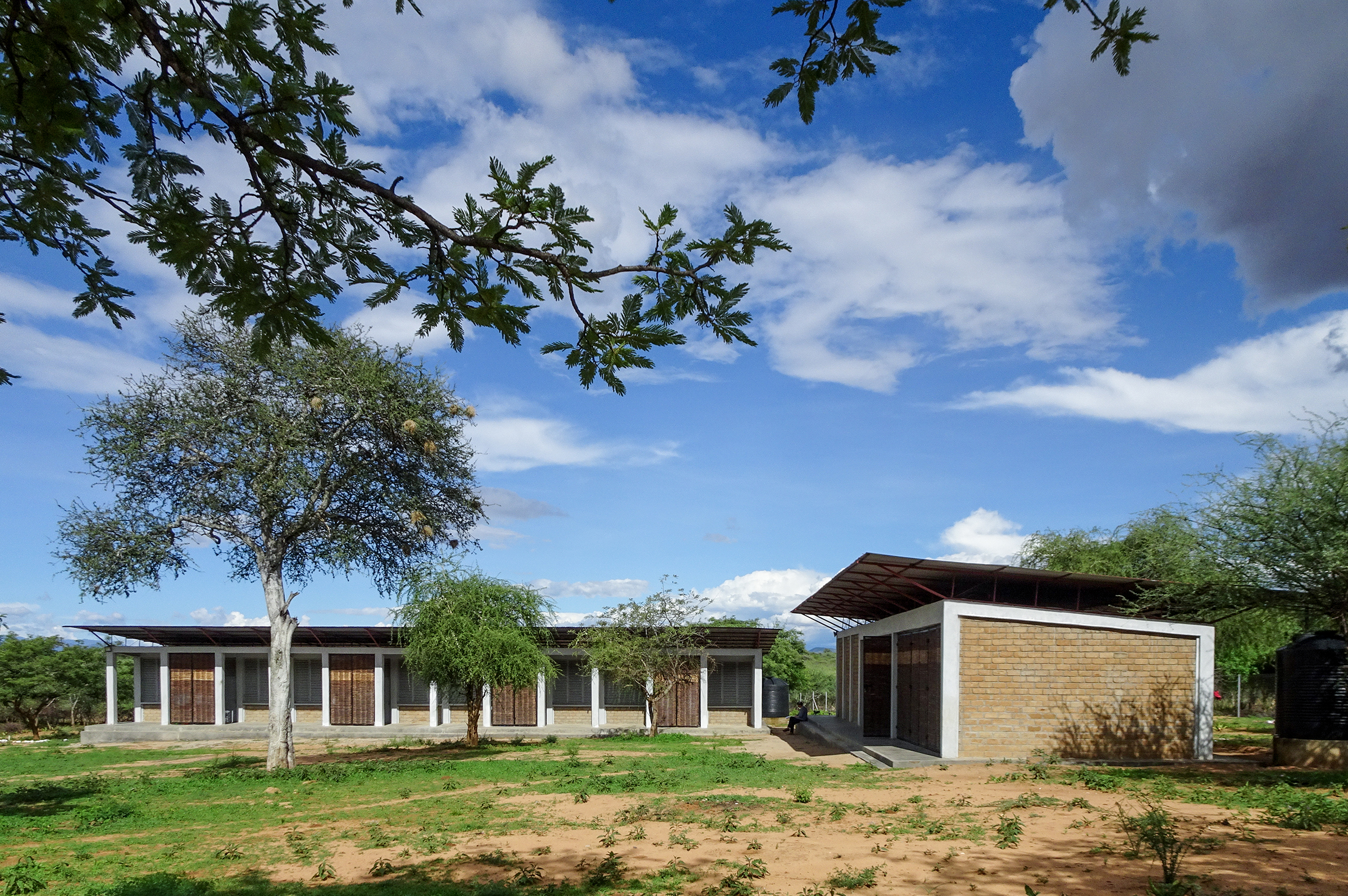 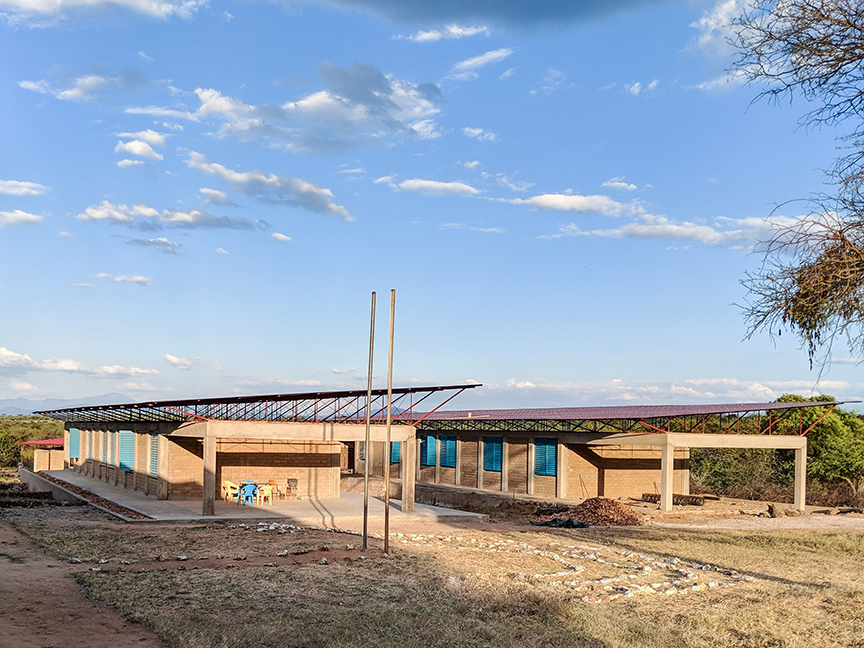 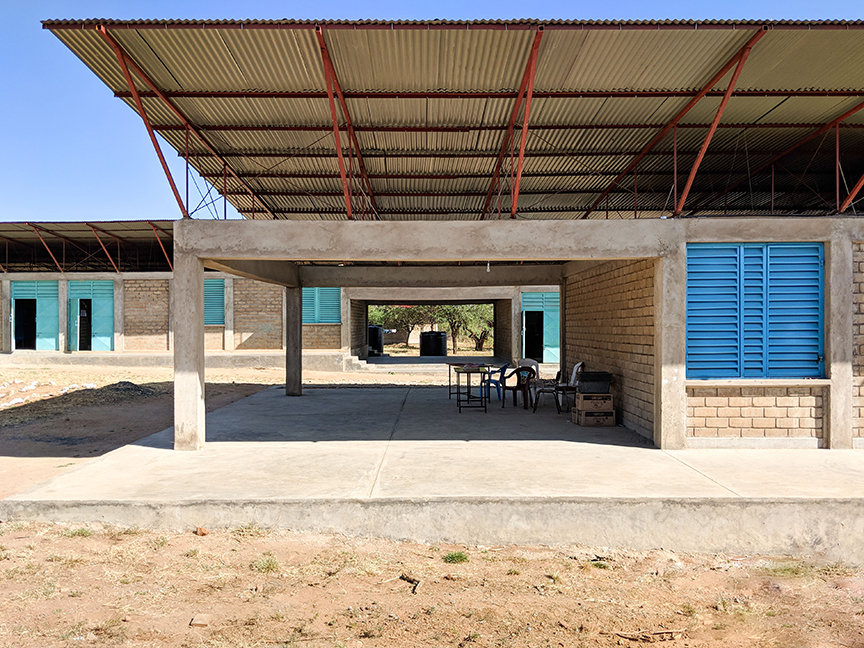 In late September, a team of five that included two BNIMers (Laura Lesniewski and myself) travelled to West Pokot County, Kenya to check in on the progress at Asilong Christian High School. As part of a long-range community vision that the group has been working on since 2011, the design and construction of the high school includes six new buildings — three classroom buildings, a maintenance building, teacher housing, and latrines — filling a major gap in providing access to secondary education for both boys and girls in this rural region of Kenya. Officially opened at the beginning of 2017, the school now has a total of 50 freshmen and sophomore students enrolled and attending, with six teachers and several staff members living, working, and studying on campus. 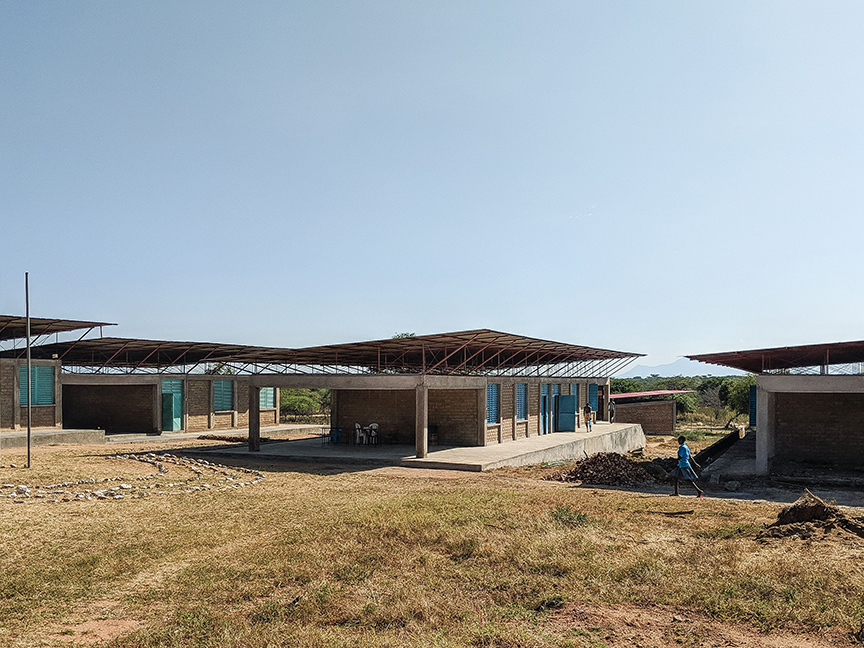 This year, our group trip’s focus was seeing the second classroom building that was completed in late 2017 and reviewing progress on the third classroom building currently in the final stages of construction. Joining us on the trip was a civil engineer from KPFF based in Portland, Oregon who volunteered his time and expertise to strategize on site development approaches and stormwater management opportunities on campus. In this climate of extreme heat, paired with short bursts of intense rainfall, erosion can quickly become a major issue if not considered carefully. Storing rainwater for use during dry seasons has been one of many design strategies that the team has incorporated into the project, continuing to work with the contractor to refine its success. 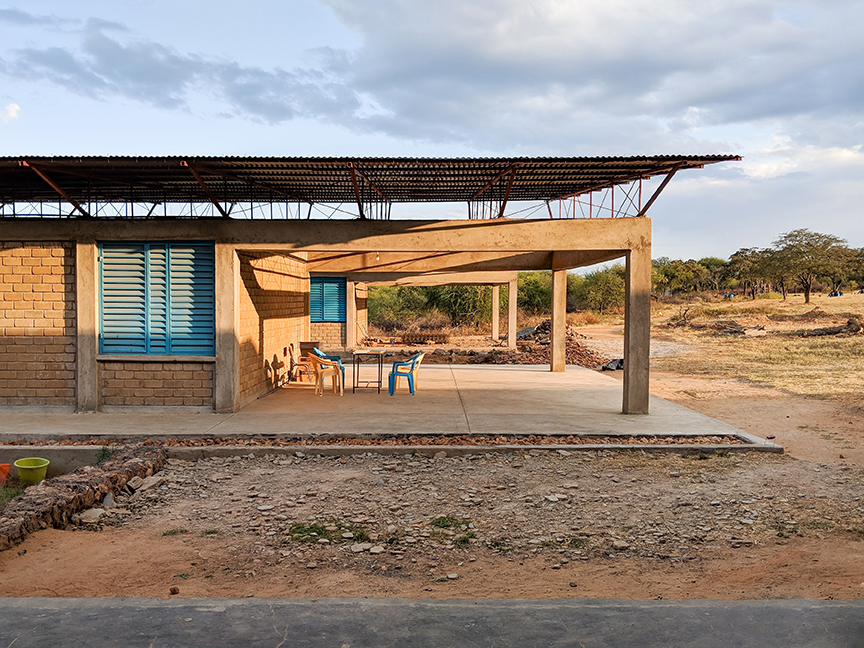 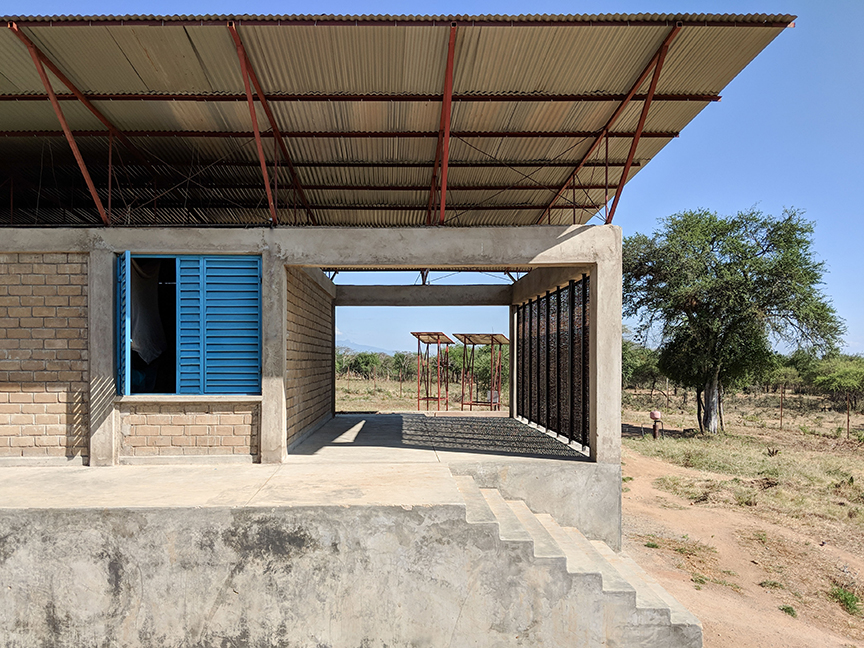 The buildings continue to be constructed from local materials by local laborers; bricks are made on site by a team of community members and wicker screens are made by local women, adapting traditional grain storage construction methods to the school structures. The buildings utilize a confined masonry approach that incorporates regionally typical construction materials with critically different construction detailing and sequencing to produce a more seismically resistant building. Natural and passive strategies are integrated into the design to create a healthier user experience focused on a learning environment with more daylight and natural ventilation. Formal and informal gathering spaces are also provided for both teachers and students. 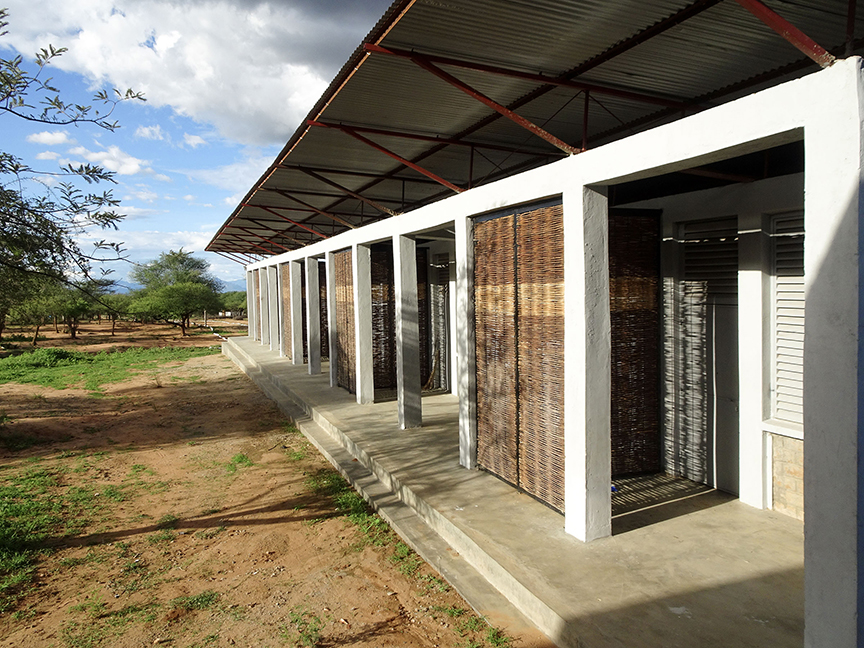 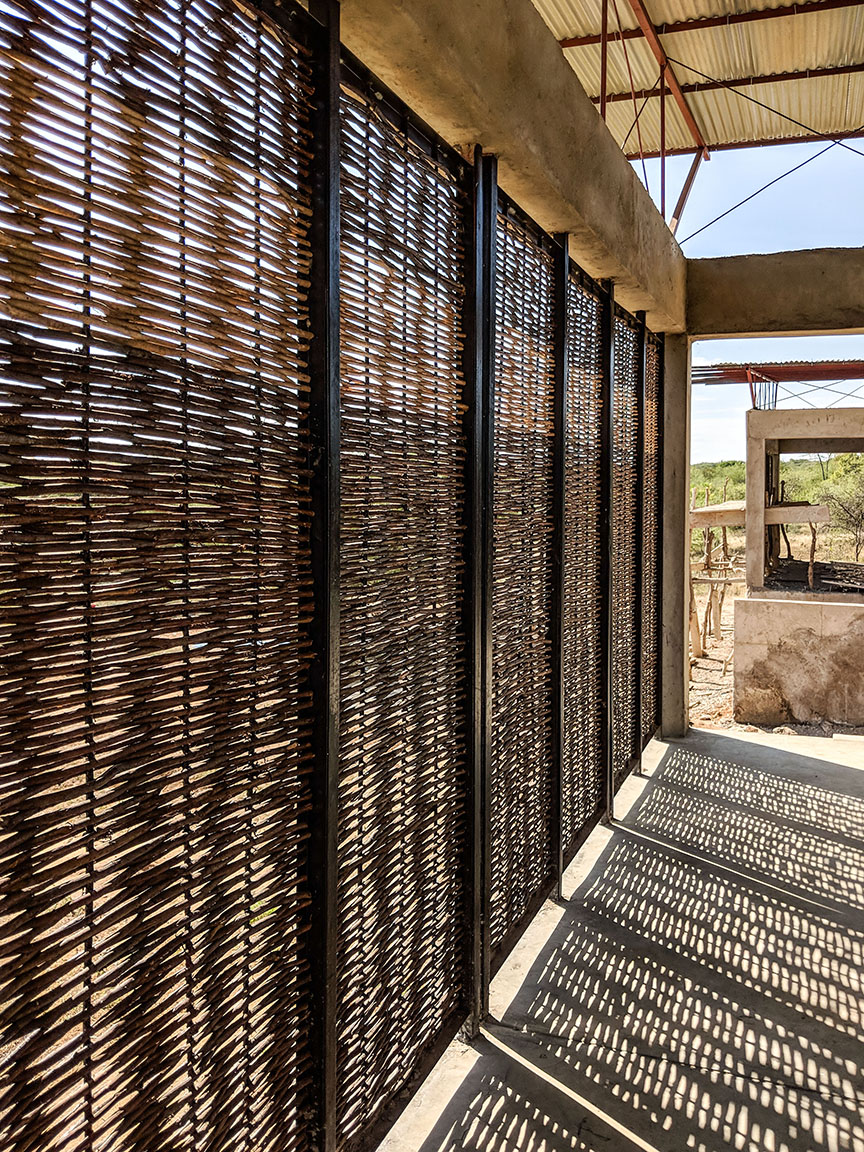 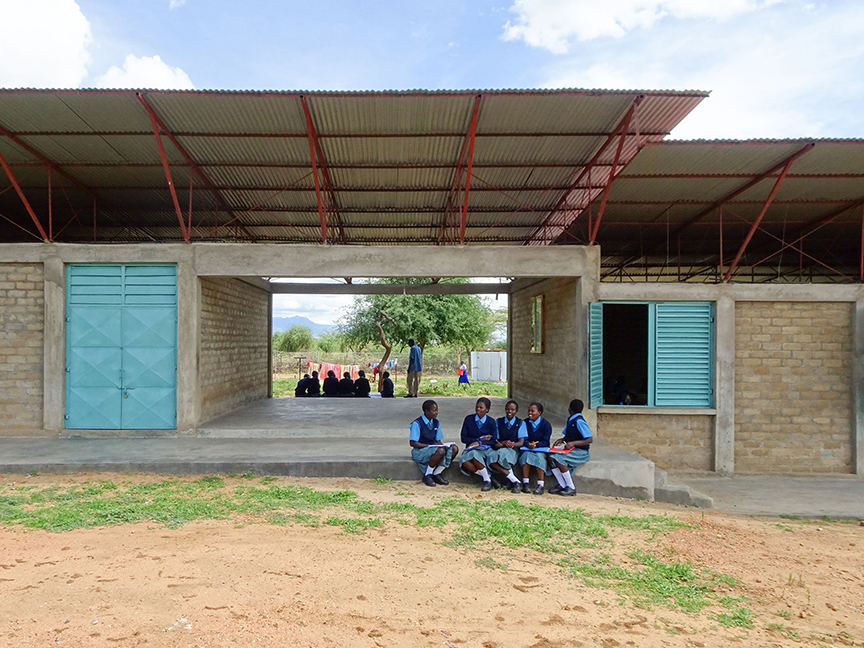 Beyond the interesting aspects of design and construction, the school has already had a great effect on the community. Economic impact has been realized through new jobs for construction and administration at the school. In addition to providing a place for local students to further their education, the school has attracted students from the surrounding region, including one student who makes the long trek from Nairobi, 300 miles away. Students are already making a name for the school by placing second in a regional music competition, performing traditional tribal folk songs – two of which were performed for us while we were on site sitting around a bonfire amidst the celebratory roasting of a goat. 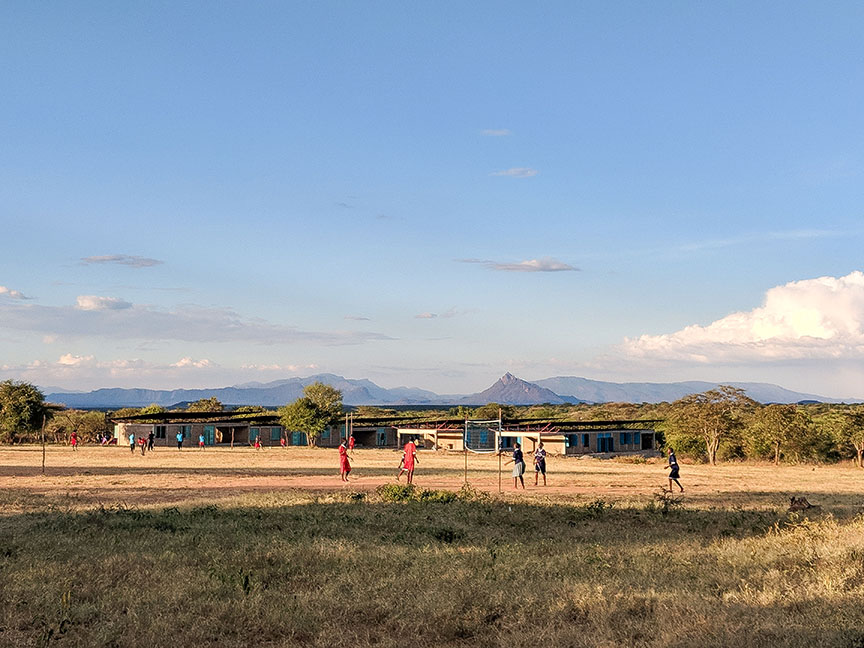 These are experiences that are not soon forgotten, including pulling up to the campus on this trip and seeing students playing on the recently graded soccer field after a long day of class and studies with  classrooms and mountains in the background. Life is changing in this region, with newfound access to education and water, including a peace between previously warring villages. It is incredible to think of the change that has been experienced in this community in such a short amount of time and how this is being nurtured and navigated by the local elders. It is equally exciting to think about how these high school students have the potential to become future leaders of their communities and their country. 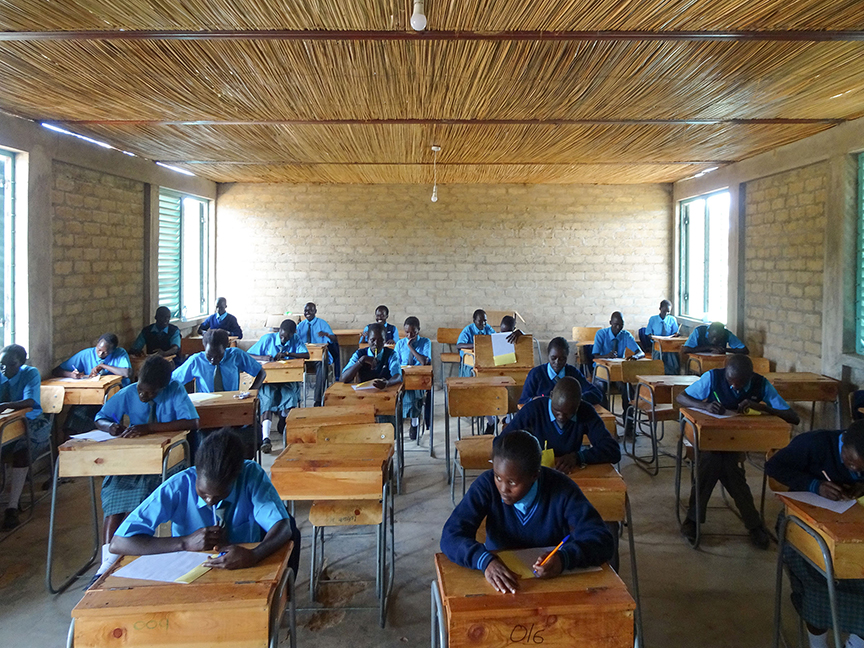 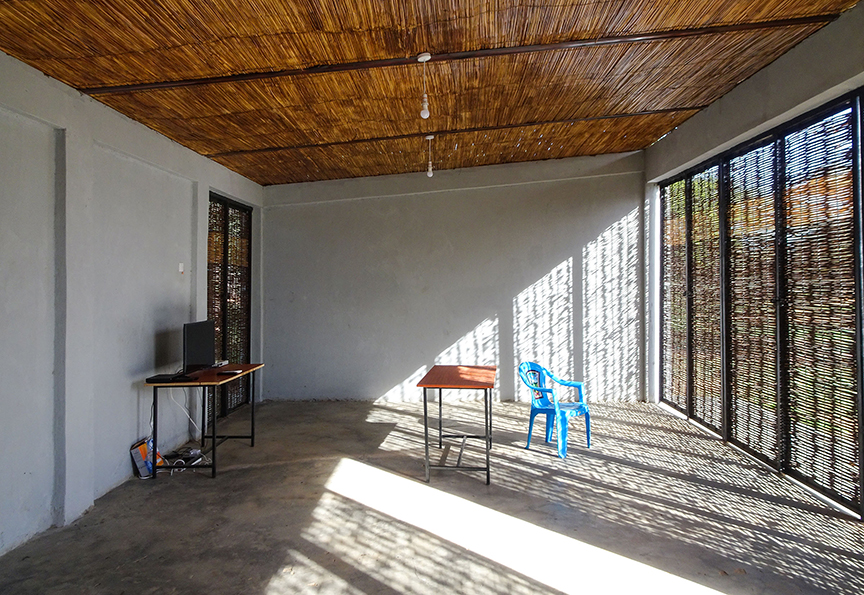 In October, we were humbled at the AIA Kansas City Design Excellence Awards Gala when Asilong Christian High School received an Honor award, the highest award given. In the years that we have been working with this community on these projects, numerous trips back to Kenya have been made along with countless phone calls and WhatsApp messages with our Kenyan contractor, school administrators, and other partners locally and abroad. It continues to be an incredible journey, and we look forward to seeing the community continue to grow and thrive.