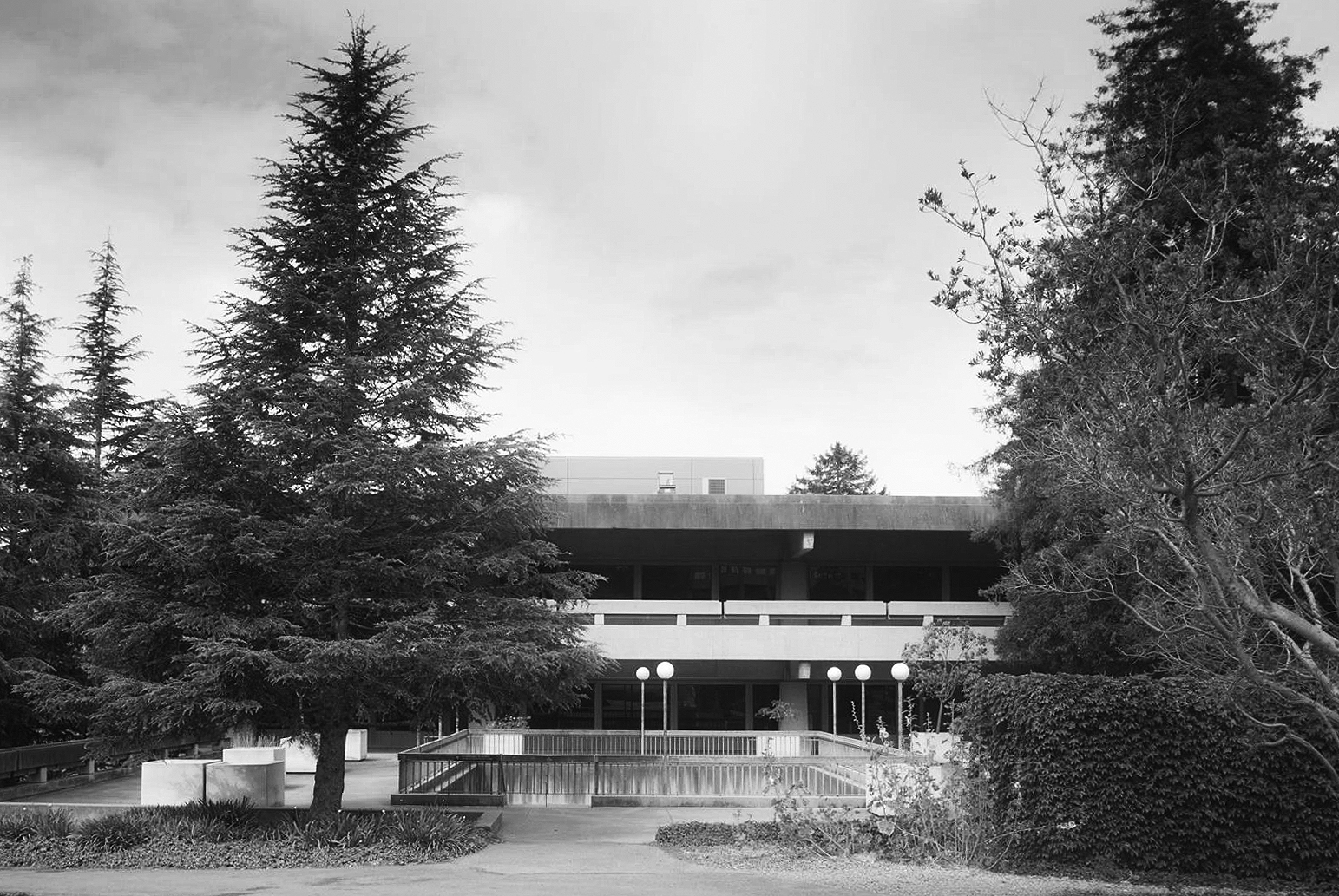 "…a university is primarily not a place for the parceling out of ready-made knowledge, but for that fresh thinking which results in new knowledge; that it exists not merely for passing on facts, but for showing students how facts are discovered; that it is not a museum in which may be found merely the accumulated wisdom of the past, but that it is a factory humming with industry and turning out the newest wisdom of the day.”

BNIM was recently selected for programming of the Moffitt Library at University of California, Berkeley. With a total estimated construction budget of $35 million, BNIM will be preparing a project program for the initial phase of a full renovation of the first through third floors. Our team traveled to Berkeley last week to kick off the project and design that will reflect contemporary pedagogical trends in the evolving nature of libraries, seamlessly integrated into and improving upon the existing historical structure.

The University of California, Berkeley’s 32 constituent and affiliated libraries together make it the fourth largest university library by number of volumes in the United States, surpassed only by the libraries of Harvard, Yale, and the University of Illinois at Urbana–Champaign 1. It began in 1868 with a collection of 1,036 volumes transferred from the original College of California, and in 1897, UC graduate James K. Moffitt committed to depositing $100 per year for the purchase of recently published literature into a book fund. (James later went on to become a University Regent and generous donor to the library system, for whom Moffitt Library was later named.)

In the mid-century, the first GI Bill and then the postwar generation led to a building boom on campus, including the design of the James K. Moffitt Library in the late 1960s. Opened in 1970 as a cutting-edge library for undergraduates, Moffitt Library rejected the neoclassical tradition of most campus buildings. At five-stories and constructed of cast-in-place concrete, Moffitt Library is uniquely situated within memorial glade, partially below grade with building entry points at the third floor. In 1994, Gardner Stacks, a four-story underground addition connecting Moffitt to the historic Doe Library was completed, where more than 2.5 million volumes are stored within four acres of space holding 52 miles of shelving 2.

While requesting funding support for the building of the library system, University of California President Benjamin Ide Wheeler said in a letter in 1904, “The Library is a common interest of all the departments. In its prosperity is bound up the scholarly fate of the University. Until we have a great library, properly housed and administered, we cannot have a great university.”2 With a collection of more than 8 million volumes campus wide, and an enrollment of 42,000 students 3, Mr. Wheeler accurately predicted that the prosperity of the University would coincide with that of the campus library.

In 2016, the University began re-envisioning Moffitt Library with the renovation of floors 4 and 5, comprising approximately 38,000 SF. This initiated the transformation of the library to interactive and dynamic modes of learning and research. A stated goal of the University is that the renovation of floors 1, 2, and 3, comprising of approximately 100,000 SF, should “both capitalize and improve on the foundations presented by the work on floors 4 and 5 toward the creation of a flexible yet culturally and aesthetically harmonized facility.” Through our current work on major library renovations at both Georgia Tech and Cal Poly San Luis Obispo, we are seeing a reinvention of the library system that focuses on the revitalization of historic structures to reposition libraries as contemporary centers for discovery and innovation.

At the Price Gilbert and Crosland Tower Library at Georgia Tech, the renewal is a manifestation of the fundamental change of a library’s posture shifting from inward to outward; connectedness reveals itself in both the harmony of the historic buildings’ renovation with the surrounding campus and activity within being showcased to passers-by, as well as the programming maintaining users’ connection to the world that surrounds them.

At Cal Poly San Luis Obispo, while the physical nature of the massive concrete structure, current systems design, and seismic considerations are all similar to Moffitt Library, the BNIM design team sees an interesting set of opportunities specific to the University of California, Berkeley. “What separates this project from what we are doing on a similar building like our work on Kennedy Library, is the focus on undergraduate development at Moffitt, rebranding the building as the Center for Connected Learning, and the incredible programming opportunities through its collider space,” said Rohn Grotenhuis, BNIM associate principal, and project manager for the reimagination of Moffitt Library.

As Steve McDowell stated, the library is no longer just a place where information is stored in the form of books, but a place where knowledge is generated through collaboration, discovery, and access to the latest digital tools. BNIM plans to not simply complete the renovation of the historic Moffitt Library building, but to enhance it for the student experience on the UC Berkeley campus, and further support the University’s “scholarly fate.”

Read the post on Medium | Read the project announcement by UC Berkeley here.