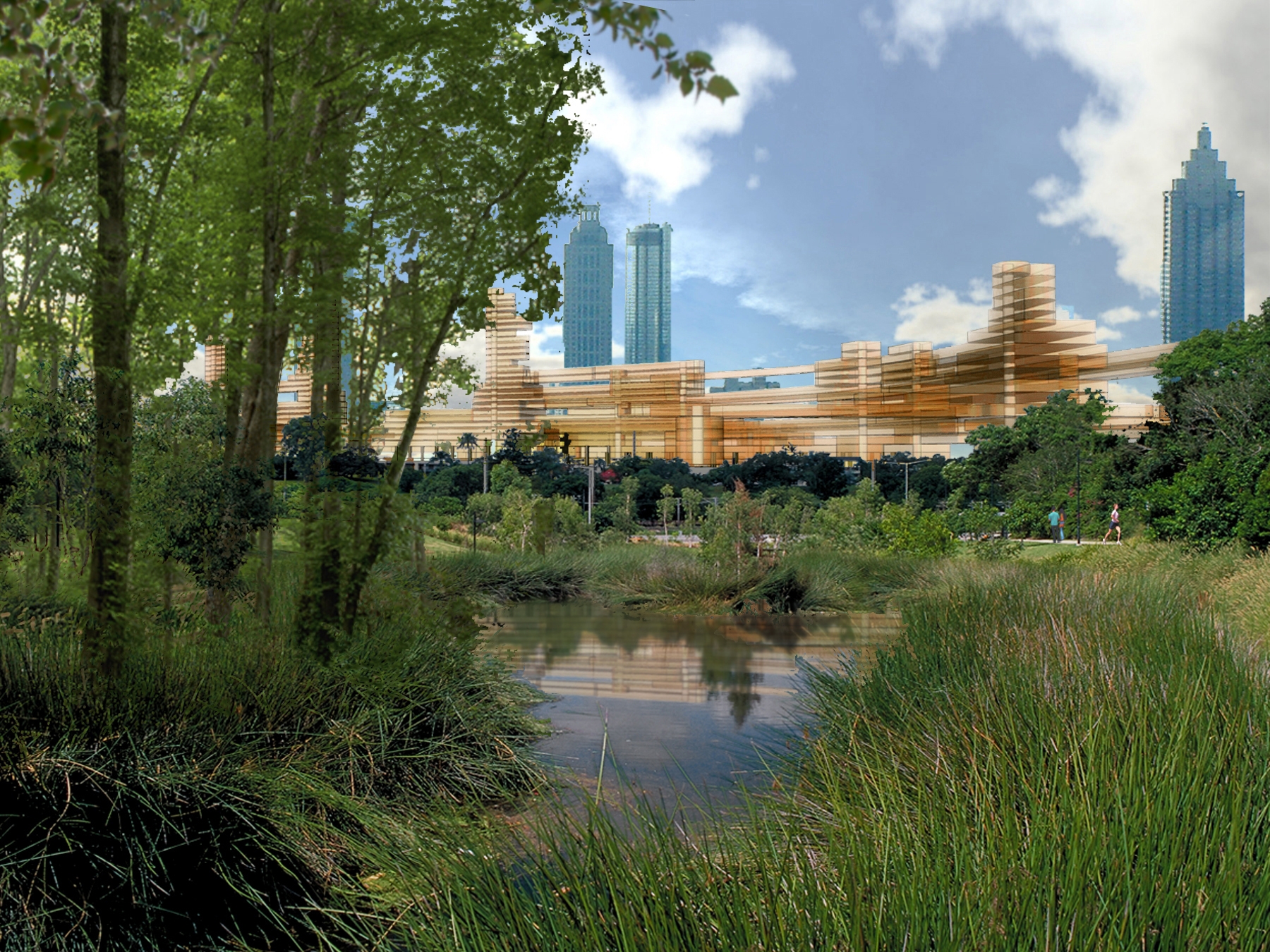 Seeing the Future a Decade Ago

From small towns to sprawling metropolises, cities across America are facing environmental challenges every day. In 2008, BNIM and Atlanta-based partners EDAW, Praxis3, and Metcalf & Eddy, won the History Channel’s “City of the Future” regional competition. The challenge was aimed at inspiring teams to create models of what some of the nation’s cities could look like in 100 years.

The vision by the design team turns Atlanta in 2108 into a region repopulated with forests, which serve as the city's lungs, filtering stormwater and purifying the air. Water is Atlanta's most precious resource, and future water management and the integration of natural systems became the driving force in the team's design. The team envisioned the use of wetlands and sewer tunnels to capture, cleanse and store water, making the city drought-resistant.

It is unlikely that our team would have developed this concept without the climate event that led to Atlanta almost running out of water the year before. Unfortunately, it often takes humanmade disasters for us to see what is so clearly in our foreground and slowing growing into an emergency.

“The competition to create a new vision for Atlanta required us to take into account infrastructure, transportation, commerce, housing security and the environment — the same issues facing Kansas City and cities across the country,” said Steve McDowell, FAIA and principal with BNIM. “It is essential to create a long-term vision for how cities can address these issues in a sustainable and holistic manner.” 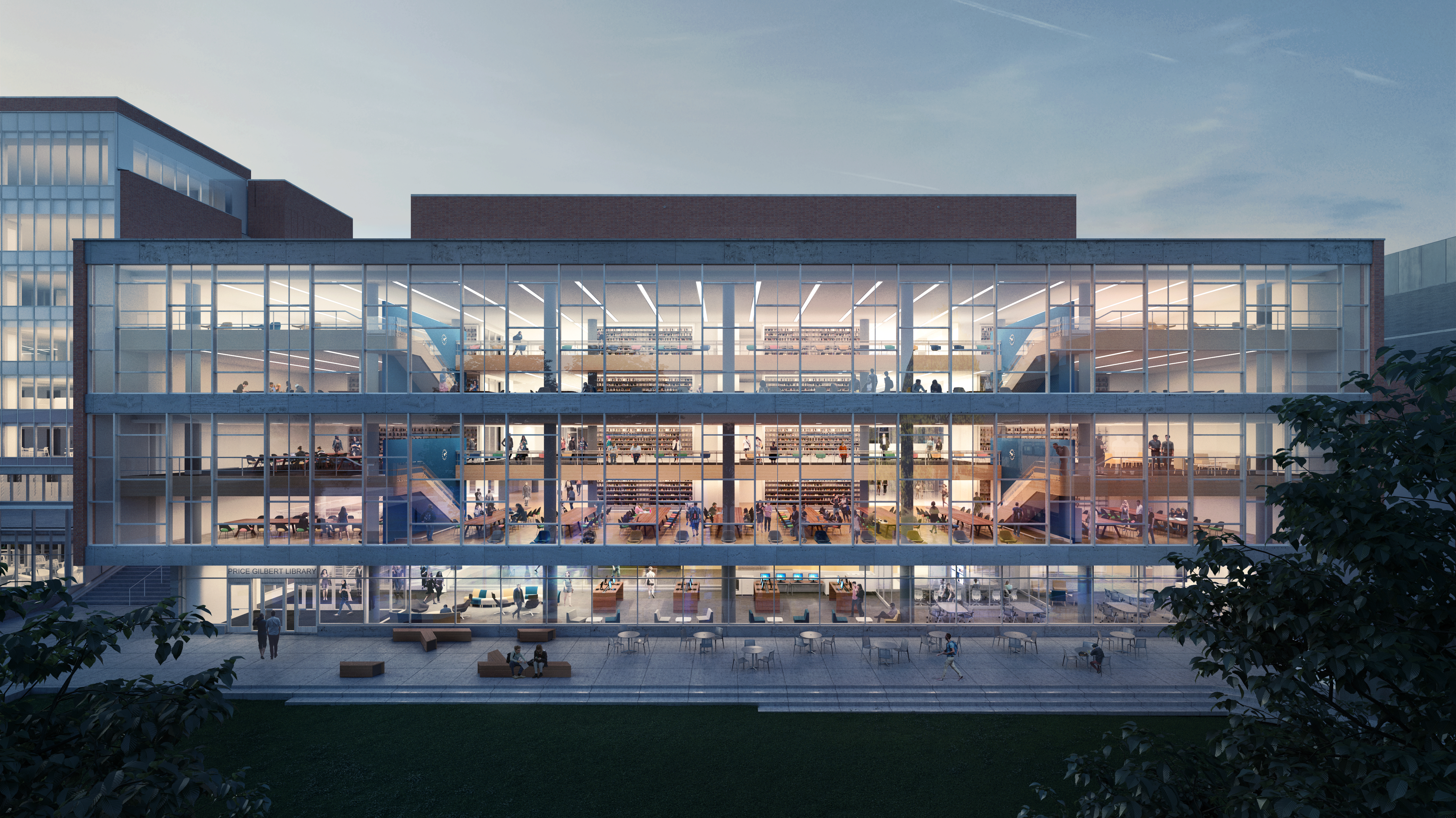 Five years ago, BNIM and Praxis3 partnered again in the design of a renewed Library at The Georgia Institute of Technology in Atlanta – a partnership that continues to this day. The scope and scale of this project were different, but the Library Renewal involved many of the same challenges and opportunities as the City of the Future Competition.

As with the city, the library’s infrastructure was aging and unable to meet the needs of 21st Century technologies and pedagogies. To meet this challenge the design team focused on passive strategies first, working with nature rather than fighting it. Interior spaces are opened up to natural light, and daylight is harvested to reduce reliance on electric lighting. Stormwater is being captured and greywater reused wherever possible. Robust physical power and telecommunications infrastructure have been provided as well, and it has space to grow. 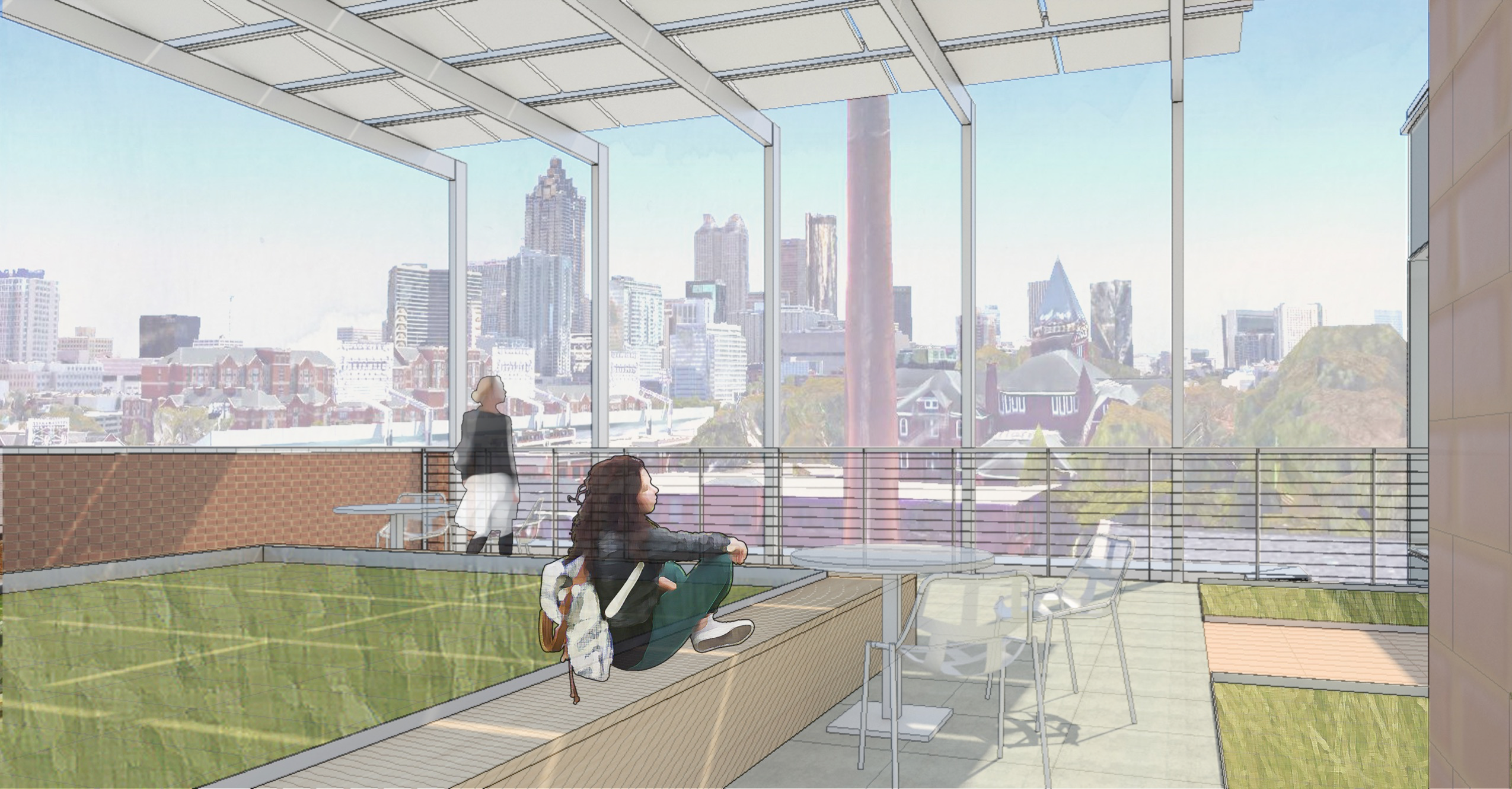 The radical renewal of midcentury library buildings generates an ecosystem of spaces – for learning, collaborating, creating, and quiet reflection – that together represent a bold vision about the library’s relevance and importance.

BNIM leverages its collective capacity for design thinking to solve local and global issues in a way that is focused on developing the positive attributes of community and the built environment.

Learn more about the project here.