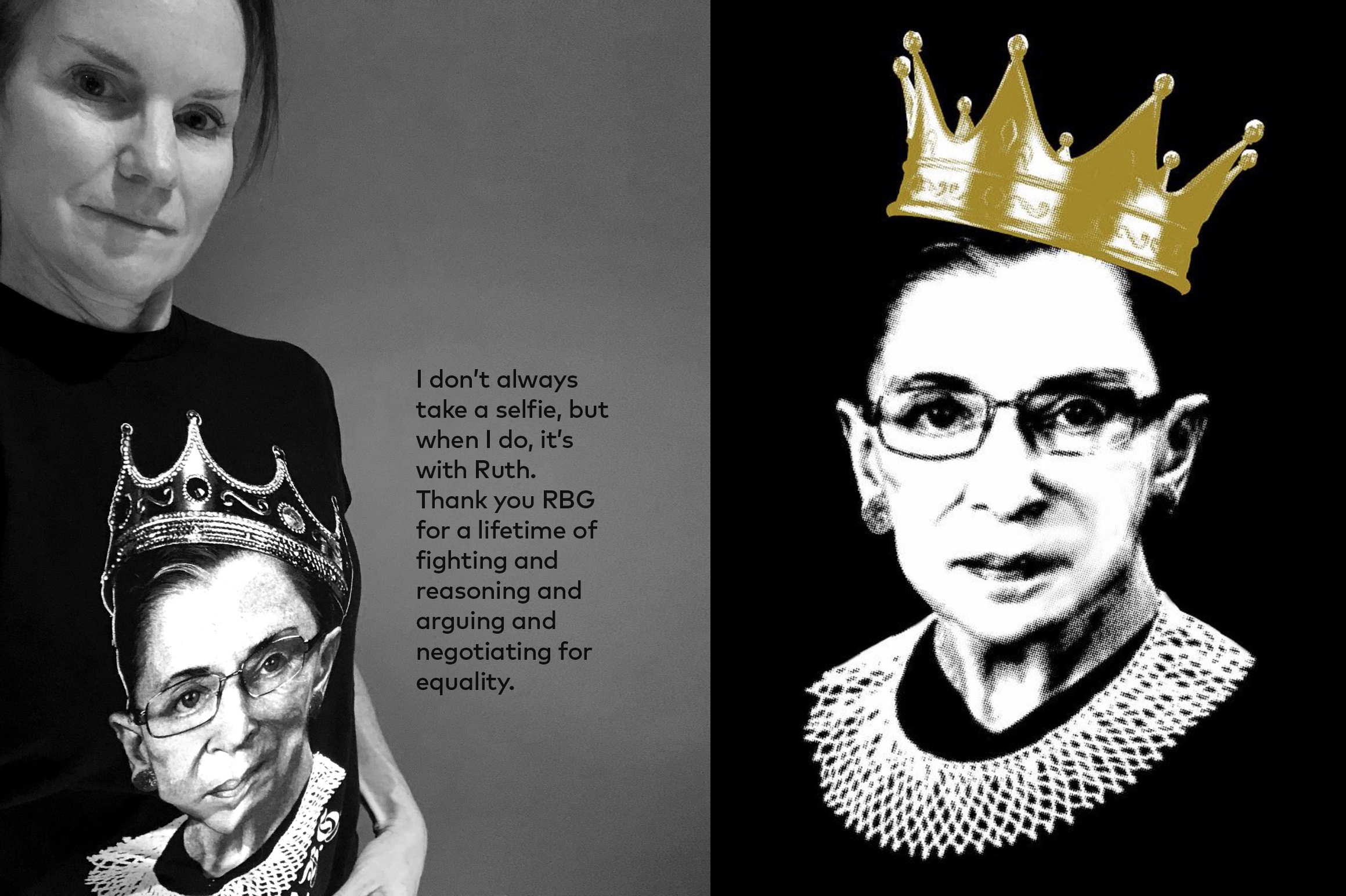 When There Are Nine

Four words describe the promise of Ruth Bader Ginsburg’s legacy for me. In an interview at Georgetown University in 2015, Ruth, in her quiet, straightforward and unapologetic way, says: “People ask me sometimes, when — when do you think it will it be enough? When will there be enough women on the court? And my answer is, when there are nine.” In my opinion, these words describe her ideals, what she wanted as her legacy, as well as the path forward.

means that women and, by way of association, others who have been historically marginalized, have not arrived at a place of power or honor by manner of perceived tokenism. As a Harvard Law School student in 1956, Ruth Bader Ginsburg was allegedly asked by the then-Law School dean to “justify taking the place of a man in the Class of 1959.” Of course, Ruth had earned her spot, but the implication was that she was only there by tokenism. Because she was a woman. True equality will be realized when we’ve moved beyond counting, when we’ve moved beyond the need to broadcast the selection of a woman to a position of power as if this is some sort of groundbreaking revelation or a gift to be bestowed. ‘When there are nine’ means that inclusivity has been woven into the fabric of our culture and no one is questioning a court that happens to have nine female justices. After all, we have not historically questioned a court with nine male justices.

does not mean that women have decided on a career in lieu of raising a family. By contrast, it means that we, as a society, recognize the importance of a female perspective in “all places where decisions are being made.” It means we have taken active steps to enable our mothers and fathers (if they choose) to be present for family and for career.

means that the diversity of our voices is respected and heard. She didn’t say “when there are nine women on the court who share my opinion.” Ruth and Antonin Scalia demonstrated that differences of opinion could be debated and even celebrated under the more important umbrella of mutual respect and friendship.

would not even be a possibility without RBG. Ruth spent a lifetime, with her husband Marty, raising a family and tenaciously working for significant and lasting equality for women AND for men. This is not to say that she disregarded our innate differences – I believe she celebrated them, and by doing so, built stronger cases as she methodically dismantled hundreds of laws based solely on gender.

We still have work to do. I may not see a ‘when there are nine’ scenario in my lifetime, but perhaps my daughters will.

"Be someone who holds fast to her convictions and her self-respect. Be independent. Don’t be distracted by emotions like anger, envy and resentment. These just zap energy and waste time."
Ruth Bader Ginsburg, 1933-2020

"Women belong in all places where decisions are being made. I don't say [the split] should be 50-50. It could be 60 percent men, 40 percent women, or the other way around. It shouldn't be that women are the exception."
Ruth Bader Ginsburg on the nomination of Sonia Sotomayor, USA Today