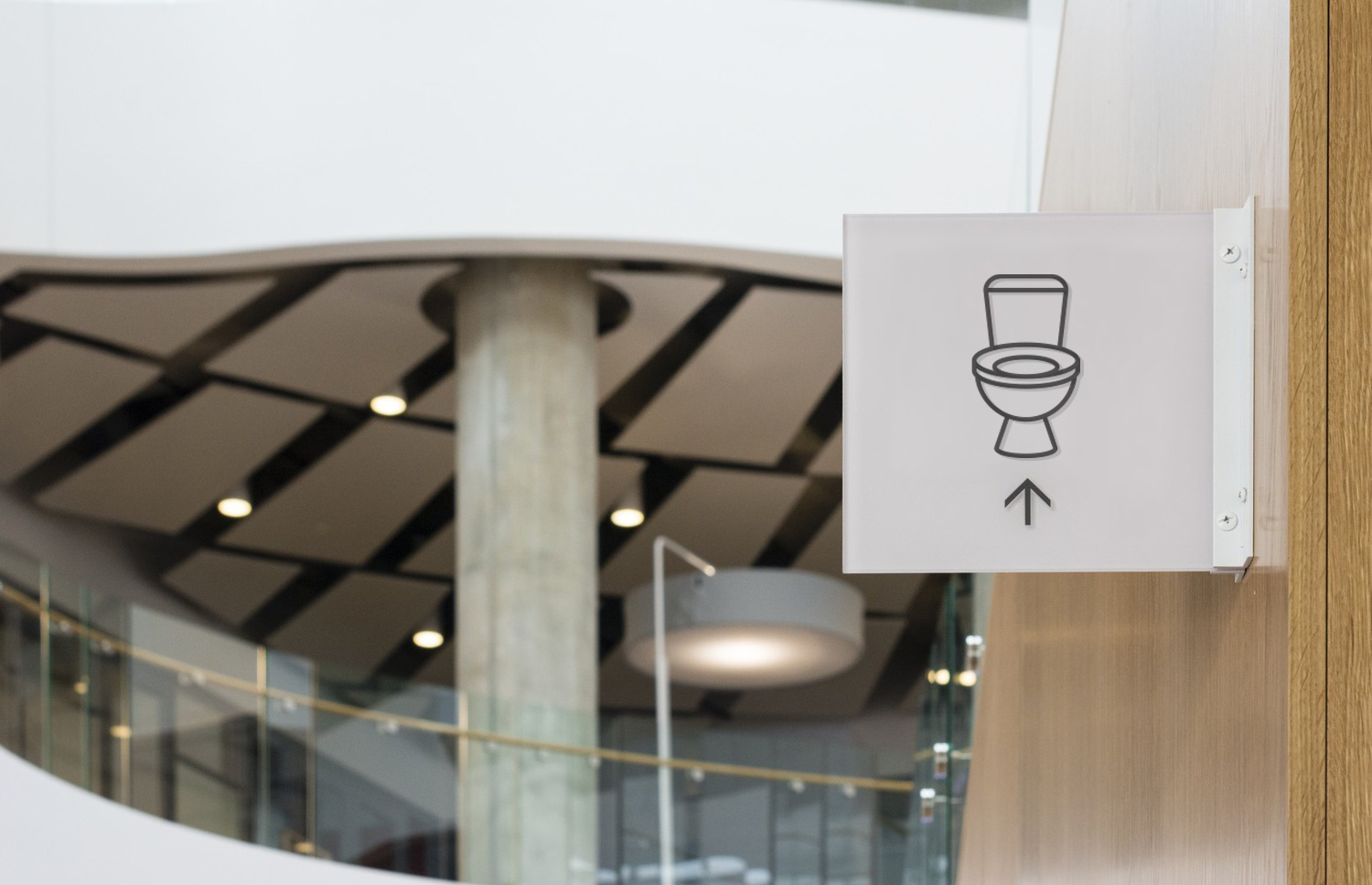 The new 17,000 SF Harkin Institute for Public Policy and Citizen Engagement will be a distinguished landmark on the Drake University campus in Des Moines, Iowa. Founded in 2013, the Harkin Institute seeks to improve the lives of all Americans by giving policymakers access to high-quality information and engaging citizens as active participants in the formation of public policy. It promotes understanding of the issues to which former Senator Tom Harkin devoted his career, including his historic legislation, the Americans with Disabilities Act. One of the many key features of the building includes gender-inclusive restrooms. NOTEBOOK shares the story behind BNIM's Kevin Nordmeyer, principal, and Jason Kruse, associate, reasoning for a new measure behind inclusive restrooms.

National building code requires designers to calculate the occupancy level of a building and then have the required number of restrooms with the assumption that half those occupants are men and half are women. Many social justice advocates argue single-stall restrooms -- which include a toilet, sink, etc., all within each bathroom unit -- are the most inclusive because they're accessible to both binary and nonbinary individuals.

In the design of the new Harkin Institute Building, lead architects Kevin Nordmeyer, principal at BNIM, and Jason Kruse, associate at BNIM, have set a precedent for inclusive restrooms. The two wanted the design to include single-user restrooms because they allow more space for people with disabilities who use mobility devices like wheelchairs in addition to being inclusive to all gender identities.

First, they had to get permission to go against the national code.

“We had to show [city leaders] that … men and women have access to the same number of fixtures. We're just not saying it's men and women -- it's just you can use any bathroom you want," Nordmeyer said.

"The design of the Harkin Institute included several single user restrooms, each with a water closet and a sign identifying it as 'All-Gender Restroom,' and a restroom containing two urinals with a sign identifying it as 'Urinals,'” city of Des Moines Permit and Development Administrator Cody Christensen said in an email. “This proposal generated questions of whether it complied with code requirements that call for separate sex restroom facilities to be provided and identified with signage."

“We've been sharing this story with our colleagues, letting them know that we now have this variance and exception through the city of Des Moines,” Kruse said. “I think that this is the first building that they've given the variance to, or at least has gone after a variance to allow for not having separate sex restrooms. ... Now that this precedent has been set, other buildings in the future can now have all-gender restrooms."

New editions of the construction codes are published every three years, which allows the codes to evolve with new design concepts, Christensen said.