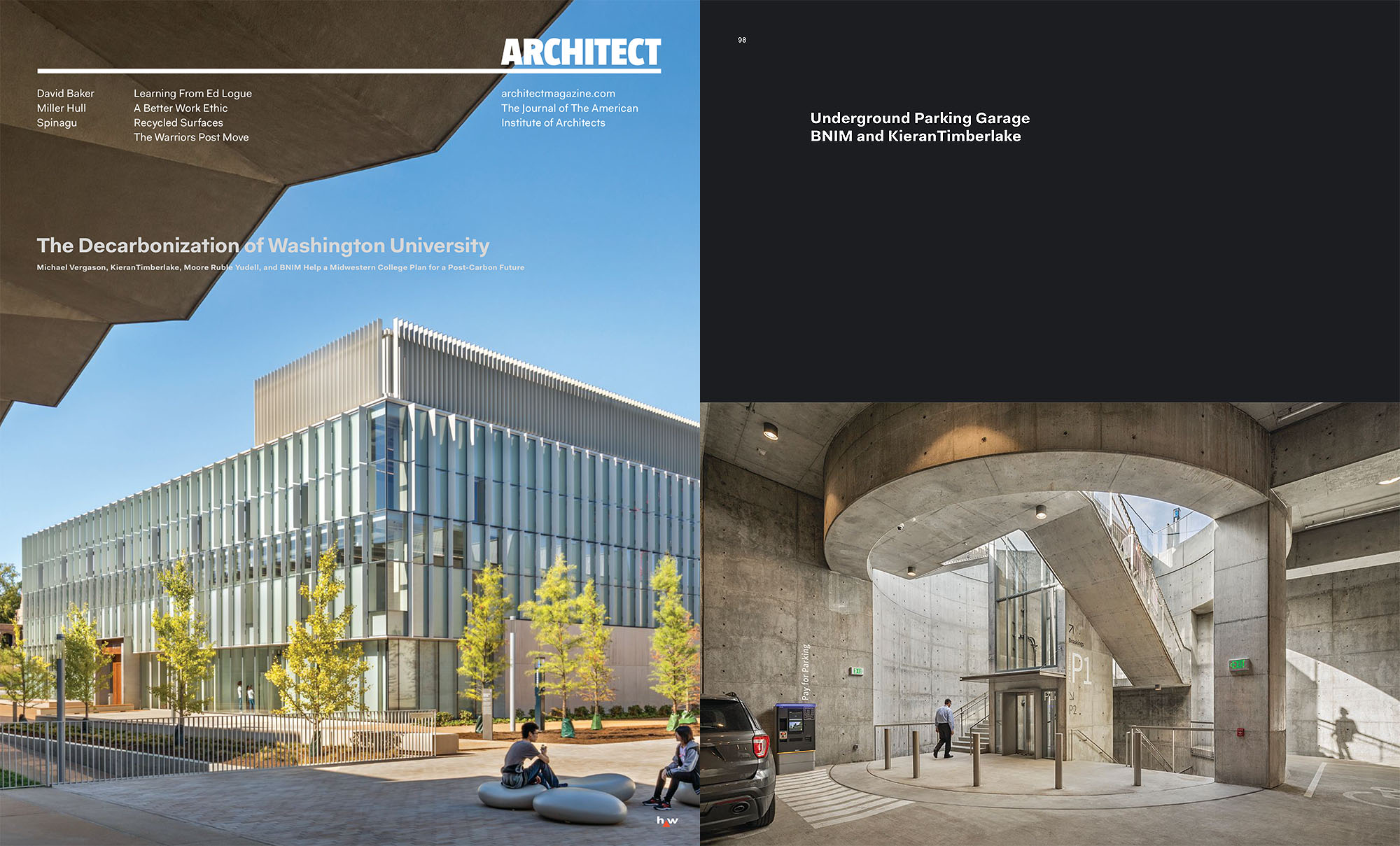 The university tasked Alexandria, Va.–based Michael Vergason Landscape Architects with developing a master plan for the East End, centered on a new quad, Tisch Park. The first thing that had to go was the surface parking, which consumed most of the remaining historic green space. Kansas City, Mo.–based BNIM and Philadelphia-based KieranTimberlake were tapped to create a two-level underground garage that could handle not only parked cars, but also traffic circulation. “When we took away the roads, the buses needed a place to go,” BNIM director of design Steve McDowell, FAIA, says. So the garage incorporates a bus hub and pedestrian pathways to the rest of the site. Keeping building permanence—and embodied carbon—in mind, the team designed the garage with enough structure and services to support adaptive reuse down the line. In a future with fewer cars, the ample natural light from skylights, punched entrances, and grade changes will serve enclosed classrooms or labs. It is something the firm has considered before, “but this is the first project we’ve actually followed through 100%,” McDowell says.

Submerging the parking reclaimed the ground plane for Tisch Park. Vergason revived the allée of oaks (nearly half of which were damaged or dying), with more than 30 tree species, most native to the region, while still framing a view of Brookings Hall, Cope and Stewardson’s turreted centerpiece. Vergason’s plan included space for five new buildings and one building expansion. Rain gardens help with on-site stormwater management, and the landscape architects designed seating areas for rest, study, and socializing with close attention to human scale and visual connections.

The landscape work involved extensive regrading that better aligns existing and new floor plates with the landscape. “Everything we built worked to that datum, and brought the landscape up to meet it, to create a quad that has a real sense of place,” Vergason says. “The buildings belong. It allows them to contribute to very active edges that are alive and transparent.”