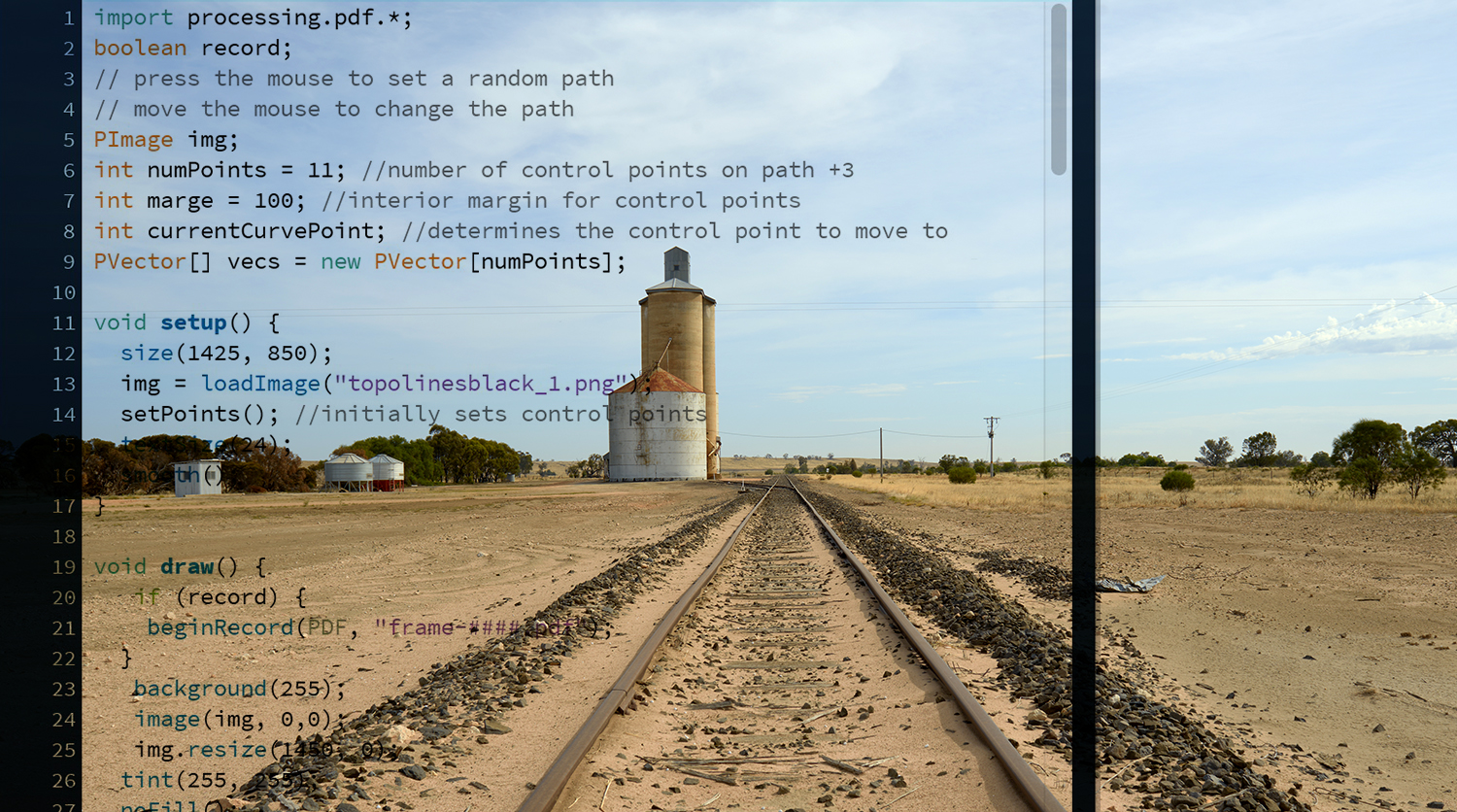 The simple formula gives the volume of a cylinder— a familiar form found throughout rural America and one that Iowans, Missourians, and Californians alike will recognize: the ubiquitous grain silo. When traveling between cities, these majestic, massive structures erupt from otherwise flat farmland and are symbols of security: they may be made of concrete or steel and they contain life-giving grain. The contents within represent the work of an entire year, packaged and stored for the future. The verticality of a grain silo reveals that part of our human nature is to stack, to place the next piece on top of a previous piece. Thinking of the sheer volume contained within a single silo is mindboggling, especially in contrast with the size of a single grain of corn.

The technology legacy of BNIM is like one of these midwestern structures: full from years of accumulated work. Like the grain within a silo, this accumulation of our technology has happened bit by bit, steadily over time, stacked on previous work. It is useful and encouraging to think of technology as a sum of parts: Our use of technology may not appear as grand on an individual user level (individual grain), but the technological acts each of us does casually, instinctively/intuitively, and on a daily basis, add up to a robust whole (full silo). We have been filling our technological silo over time, collecting information, knowledge, and practice that we can now synthesize and put to use.

For example, recently, with a moment’s notice, as a firm we packed up our computers en masse and casually carried them home to continue on in response to a crisis. I am exaggerating of course, but contrast that with the early Sigma Designs CAD Computer first used by BNIM in 1983, a heavy beast of a machine that allowed a single user to operate it in a separate cool room.

Our nimble response and flexibility in this regard is the product of decades of accumulated improvements, which never would have been made possible without each prior step along the way. 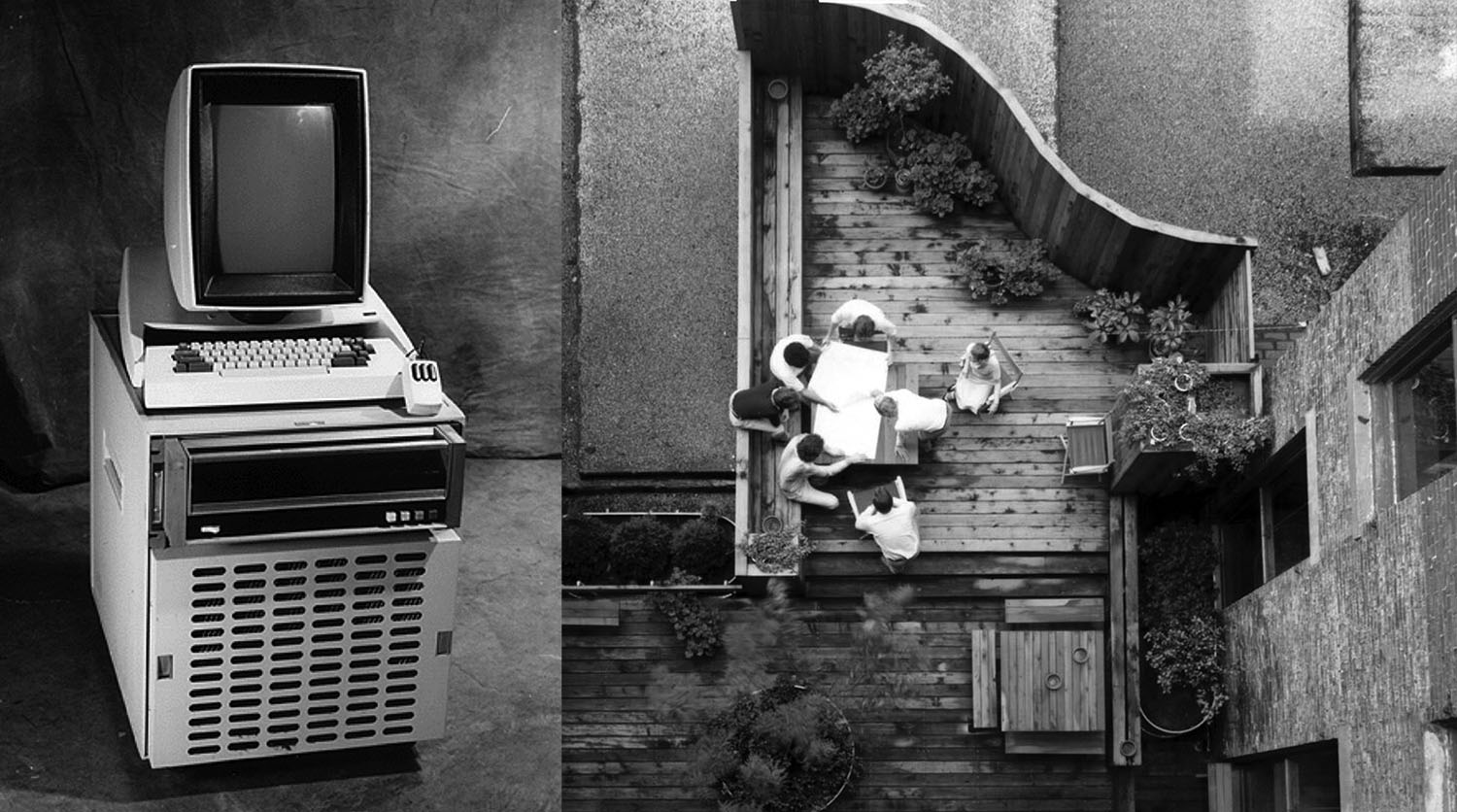 The innovation and evolution of technology at BNIM has helped guide our practice in a number of ways. For one, it has been important in advancing the goals of our practice in sustainable and regenerative design. In the early 2000s, BNIM helped pilot and develop a series of sustainably focused technologies, tools, and resources. BNIM worked with the David and Lucille Packard Foundation in 2003 to create the Sustainability Matrix, a tool which measures six levels of sustainable design and provided a key resource for the project team in setting sustainable project goals. BNIM team members also developed ‘Implement’ for the City of Seattle, WA, in 2003 to be used as sustainable building resource and six-step process for design professionals. A few years later, a former BNIM staff member, Jason McLennan, developed an idea for communicating and evaluating building materials which later evolved into a green building industry tool, Pharos. BNIM collaborated with industry partners to create Baseline Green, one of the first life-cycle assessment (LCA) software to define upstream and downstream environmental impacts and impacts on the local economy of design decisions. In 2010, the REGEN tool developed by the USGBC created a forum for design practitioners to guide the regenerative design and development process.

BNIM has stayed on the cutting edge of technology over time, and this early-adopter mentality is evident at other points in our history. Take, for instance, our use of Revit. Now an industry standard, BNIM piloted the software before it had even been purchased by AutoCAD. That foresight almost 20 years ago grew into an expertise, with Pacific Center Campus Development being used as case study for AutoDesk Workflow in 2014, and today in 2020, enables us as a firm to comfortably collaborate across time zones and even across continents.

This collaboration with industry leaders, such as Autodesk, is another trademark of our firm. BNIM has piloted a number of technologies and formed partnerships with industry leaders throughout its history. These partnerships and technologies have held roles in helping guide and inform projects and processes. With Autodesk, this continued collaboration and use of technology can be seen in BNIM’s work, from the introduction and training of the BNIM project team on Revit for the Internal Revenue Service Kansas City Campus (below right) in the early 2000s to conducting 3D building scanning on National Building Museum (below right) to BNIM holding a seat on the AutoDesk Architect Executive Council. BNIM’s collaboration with other industry leaders and partners, such as Sigma Designs, Newforma, and a number of other firms, has held a key role in our technology timeline and created avenues for innovation in our work. 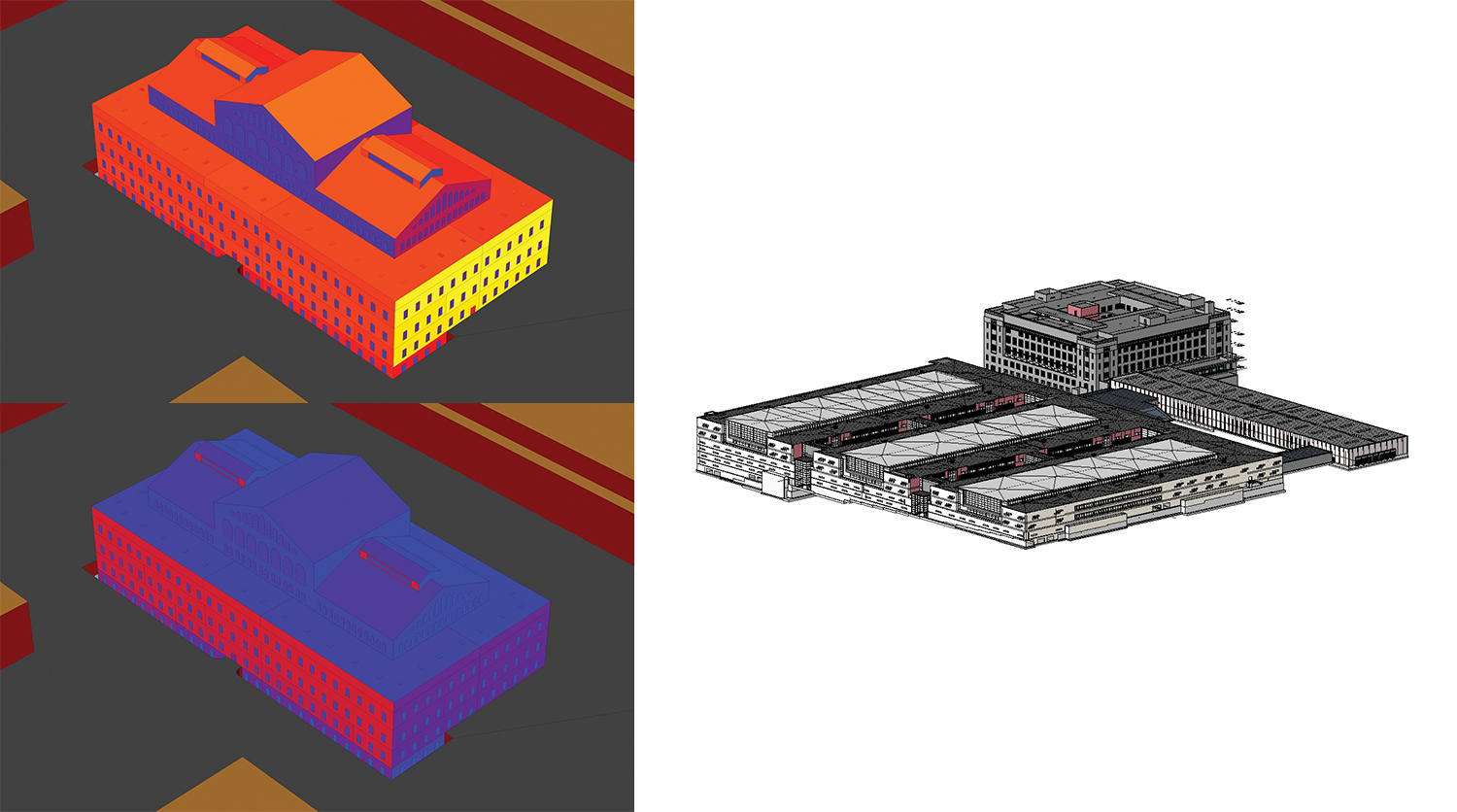 The synthesis of technology is similar to the synthesis of a team. Both are the result of a series of moving parts operating together to achieve a common goal. Code, for example, is based on nodes, or blocks, of smaller, simpler code working in conjunction to develop a successful program or software. These script nodes/blocks are analogous to our team’s individual skills, which assemble into various combinations to comprise a team.

At BNIM, we value working as a team and the positive results that come from collaboration. BNIM’s saying “no one knows as much as everyone,” can also be reflected in our history with technology. The nature of technology is in itself collaborative, building upon prior knowledge and keeping an open dialogue of discovery. As BNIM has piloted new programs, explored opportunities as early adopters of industry technology, and worked with different partners, we have been able to improve and fine-tune our processes to achieve the best possible outcomes.

As we think back to the information and knowledge BNIM has gathered and stored in our technology grain silo over the years, it might seem that the verb “to silo” can have a negative connotation, as it is defined as “to isolate (one system, process, department, etc.) from others.” And it is true: corn stored in a bin is not useful and should not be hoarded for hoarding’s sake. This Silo Effect is known to keep hidden away gems. This is why it is important for us to socialize around small technology victories in order to liberate siloed information. The true value and prosperity represented in the silo is not found in its ability to simply store its contents, but instead, when these contents are shared with the world, continually emptied and replenished, used and filled, stacked and restacked.