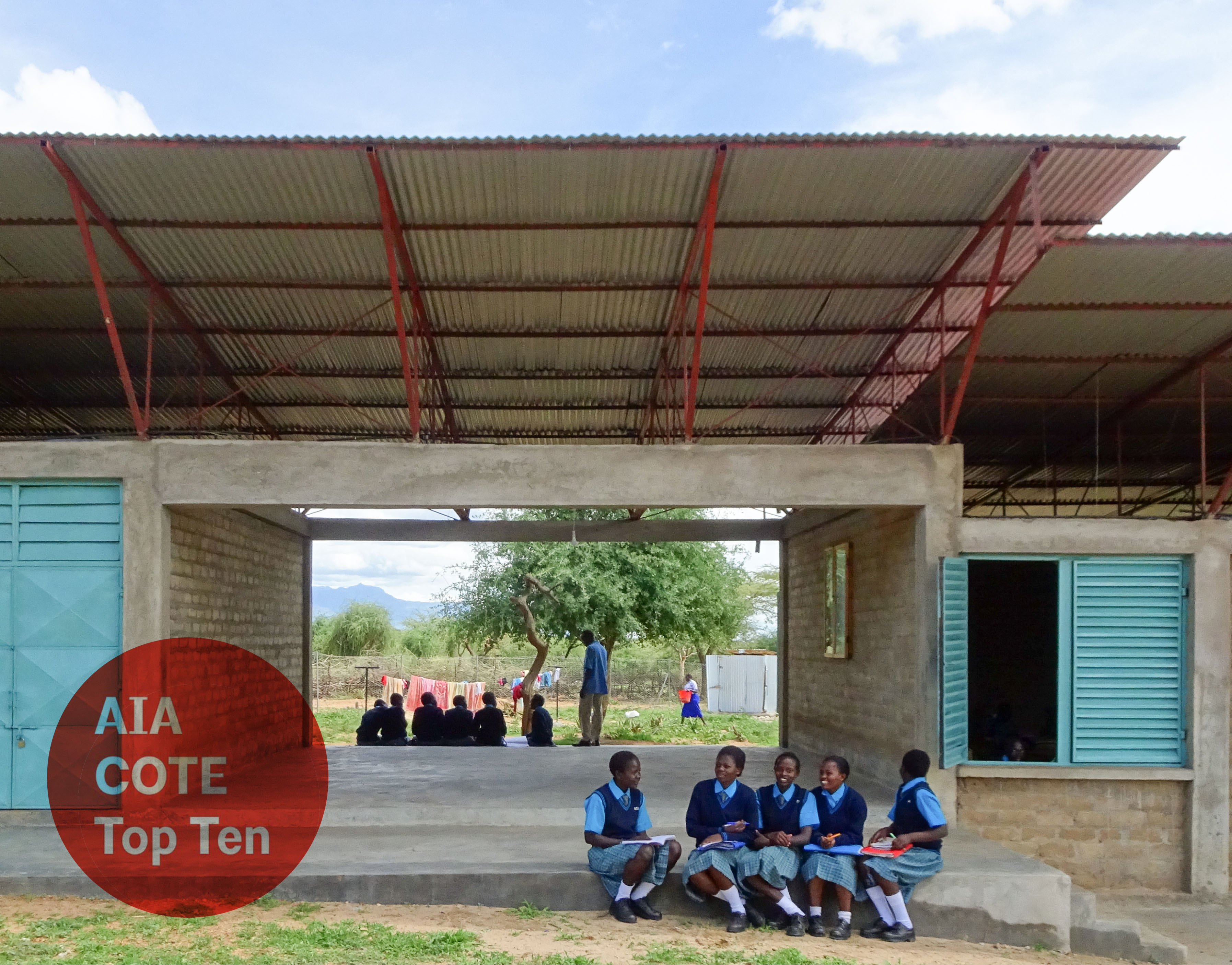 As a founding member of the AIA Committee on the Environment (COTE) and the establishment of the AIA COTE Top Ten Awards, we are continually thrilled by the quality of projects and number of designers committed to building in a similar manner, with a focus on performance metrics as a major driver of design excellence. The annual awards program, which AIA calls “the best-known recognition program for sustainable design excellence,” launched in 1997. Of the 130 architecture firms that have won at least one award to date, only 29 have done so more than once, and only 17 have won three or more times.1 As of 2019, BNIM has received 10 COTE Top Ten Awards.

This year, we were honored to receive notice that Asilong Christian High School was named a 2019 COTE Top Ten Award recipient. BNIM principal Laura Lesniewski and associate principal Sam De Jong partnered with leaders at Jacob’s Well in Kansas City to plan, design, and build the project. In the fall, Sam wrote a blog post about the most recent trip to Kenya to check in on progress. We also spoke to both Sam and Laura about their experience on the project.

“It [the COTE Top Ten Design Awards] has been the center of a growing national and global dialogue that has shaped the evolution of high-performance design strategies and the new techniques and technologies that are being used to improve performance and redefine beauty.”

After developing a partnership with City Harvest Ministries in Nairobi, Kenya and the people of Asilong village in the Pokot region in 2007, Jacob’s Well assisted with digging four water wells in the rural village. For a previously nomadic tribe with a history of resorting to theft and violence for food, water, and shelter this relationship established through City Harvest Ministries provided much-needed support to this community. After funds were raised to build six additional wells over the following two years, the impact of clean, fresh water (closer than a two-hour walk and 12-hour wait in line) stabilized Asilong and its people. Shortly after, the need for a secondary school was identified and in 2011, Laura and Sam, along with other volunteers and members from Jacob’s Well, visited Pokot to begin the planning and design process. 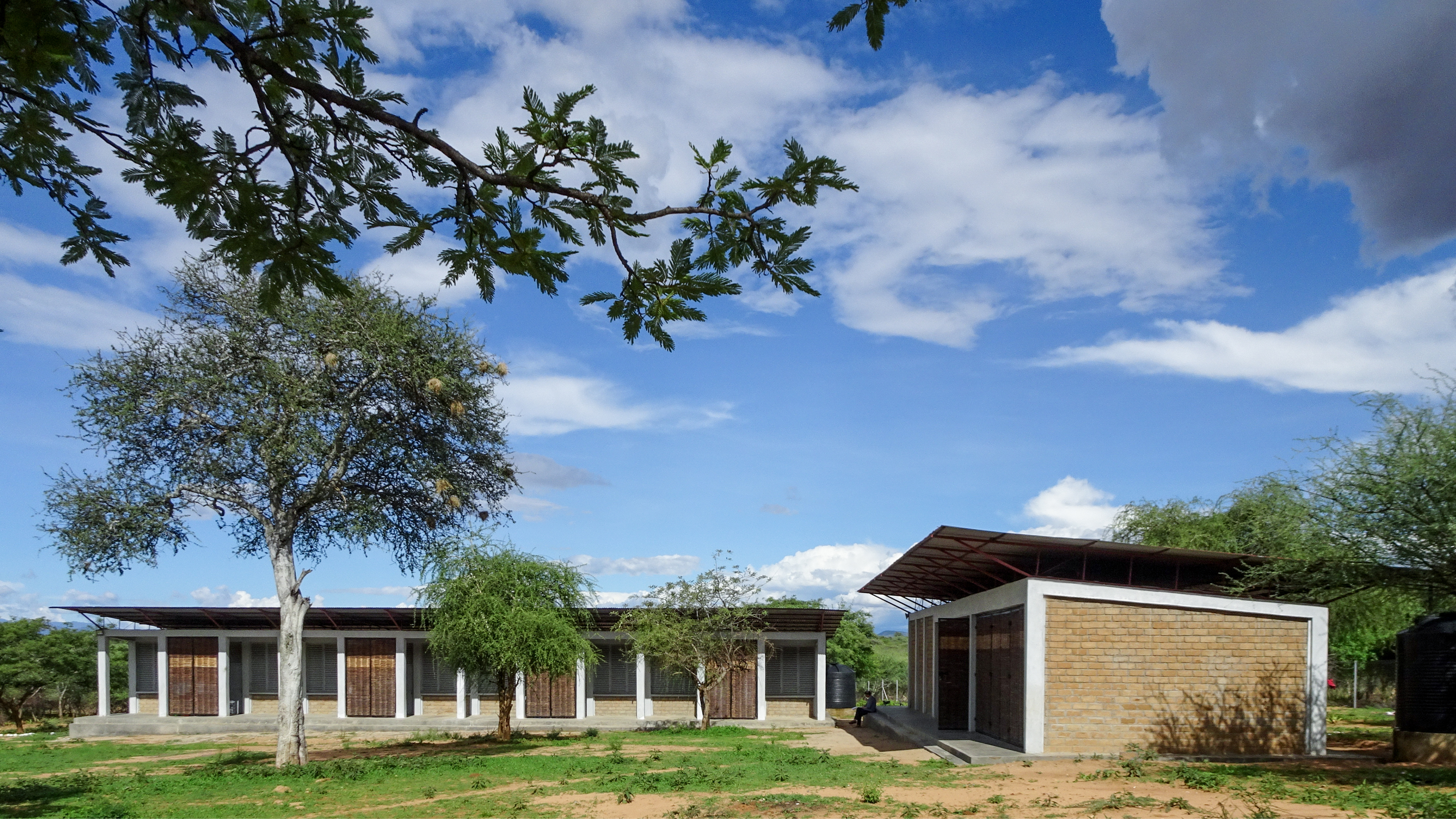 “Watching the evolution of this project has been incredible,” said Jacob's Well Executive Pastor Tim Keel. “Our initial mandate to provide clean water to a community deeply affected by its absence developed naturally as the community stabilized and began to thrive. Recognizing their need for high quality secondary education, we were invited to come alongside them and help make that happen. Doing so has been both an honor and a responsibility bigger than any single group could carry.”

The design for the Asilong Christian High School has been divided into multiple phases. Once complete, this first phase of the high school complex will include six new buildings — three classroom buildings, a maintenance building, teacher housing, and latrines — filling a major gap in providing access to secondary education for girls in this rural region of Kenya. So far, three classroom buildings have been completed including a science lab. Where in the past, 8th-grade graduates students had to walk up to and sometimes more than 10 miles to the nearest school offering high school classes or simply cease their education altogether, they now can attend classes locally. Officially opened in 2017, the school now has a total of 95 students enrolled and attending, with six teachers and several staff members living, working, and studying on campus. The impact continues to strengthen this community in remarkable ways, allowing families to flourish within their own community.

“Jacob’s Well’s friendship and partnership with BNIM has been amazing and allowed us to work with the Asilong community to build something greater than the sum of any of the individual contributors,” Keel continued. “The design and execution of the school, its connection to the community and the environment, as well as the creation of something that is simultaneously beautiful, light in impact, yet sustainable for the community is rare and remarkable. I’m so grateful that the work BNIM has done towards this end is being recognized and rewarded.”

Learn more about the project and the COTE Top Ten Projects here.