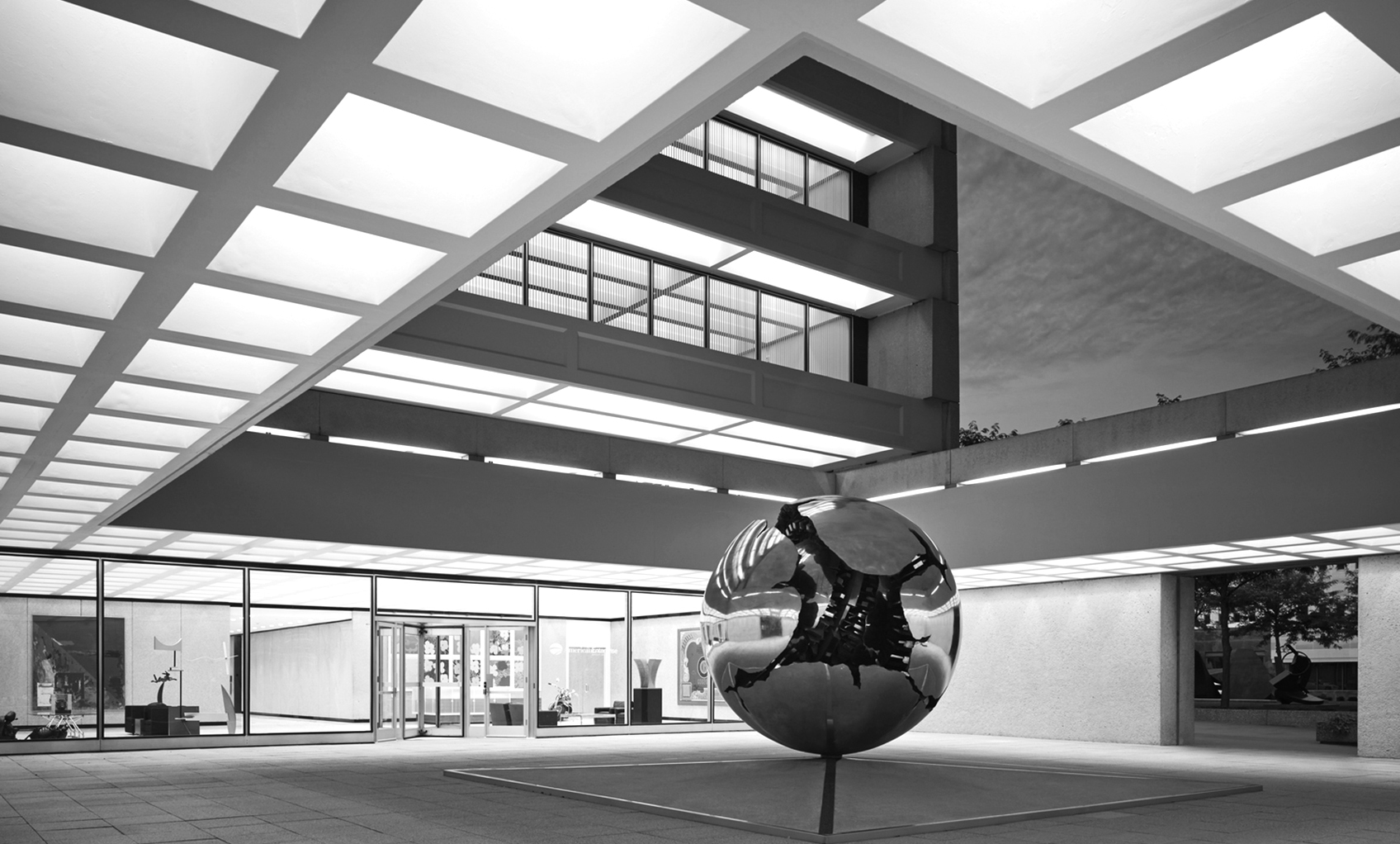 Des Moines, IA — June 20, 2017 — BNIM announced today that American Enterprise Group National Headquarters was recognized by Docomomo US as one of nine winners of the 2017 Modernism in America Awards program. These exemplary projects represent the highest level of preservation efforts and the growing trend to not only preserve but to document and share those findings with the public.

The jury awarded a Citation of Merit for the restoration of the American Enterprise Group National Headquarters building. The venerable building was designed by Gordon Bunshaft and completed in 1965. Upon opening the building was featured in LIFE magazine and deemed “the talk of the Midwest,” The American Enterprise Group received an Honor Award for Architecture from the American Institute of Architects in 1967 and again, for its renovation, in 2016.

In response to aging materials and systems, the owner and restoration team approached the renovation with “the hope that its work would be nearly impossible to detect – a testament to the consideration given to the building’s defining features.”

The jury commented, “A great example of the rich heritage of modern architecture across the United States, this is a loving rehabilitation of a beautiful example of commercial architecture designed by a renowned architect, that is still serves as the home of the original company.”

The projects recognized for the Modernism in America Awards highlight the diversity of important modern buildings and sites – not only the iconic but also those that are regionally significant - and the increasing importance of regional forces and development. They highlight the best of preservation practices where preservation often comes with complex financial viability and the need to adapt or add to a project in order for the whole to remain viable.

Speaking on the projects recognized and impact of the Awards program president of Docomomo US, Theodore Prudon, FAIA noted, “Now in its fourth year, the Modernism in America Awards program continues to grow and bring well deserved attention to a broad collection of award winning projects across the United States featuring the monumental alongside the vernacular and the urban versus rural designs."