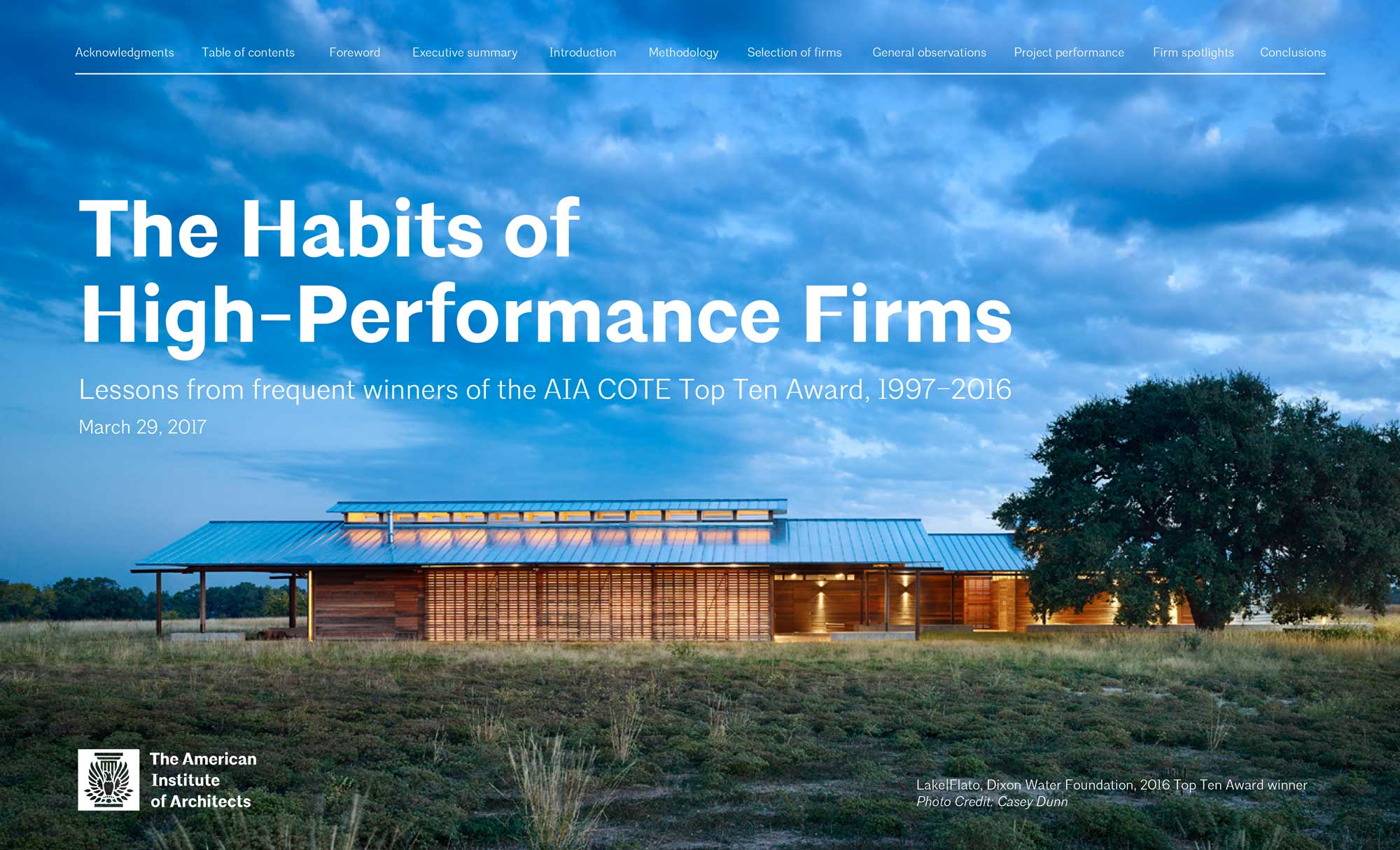 BNIM was recently featured in the latest report by AIA Committee on the Environment (COTE). The Habits of High-Performing Firms: Lessons from frequent winners of the AIA COTE Top Ten Award, 1997–2016 deeply studies the practices of the firms that have received the most COTE Top Ten Project Awards since the program's inception. For over 20 years the AIA COTE Top Ten Awards have recognized architecture firms who have completed projects that employ the latest innovations in sustainable design to create the highest performance buildings. Studying these firms reveals several common traits related to their specialization, size, location, staff, and age. These findings support the idea that there is a connection between great, sustainable projects and overall firm excellence. 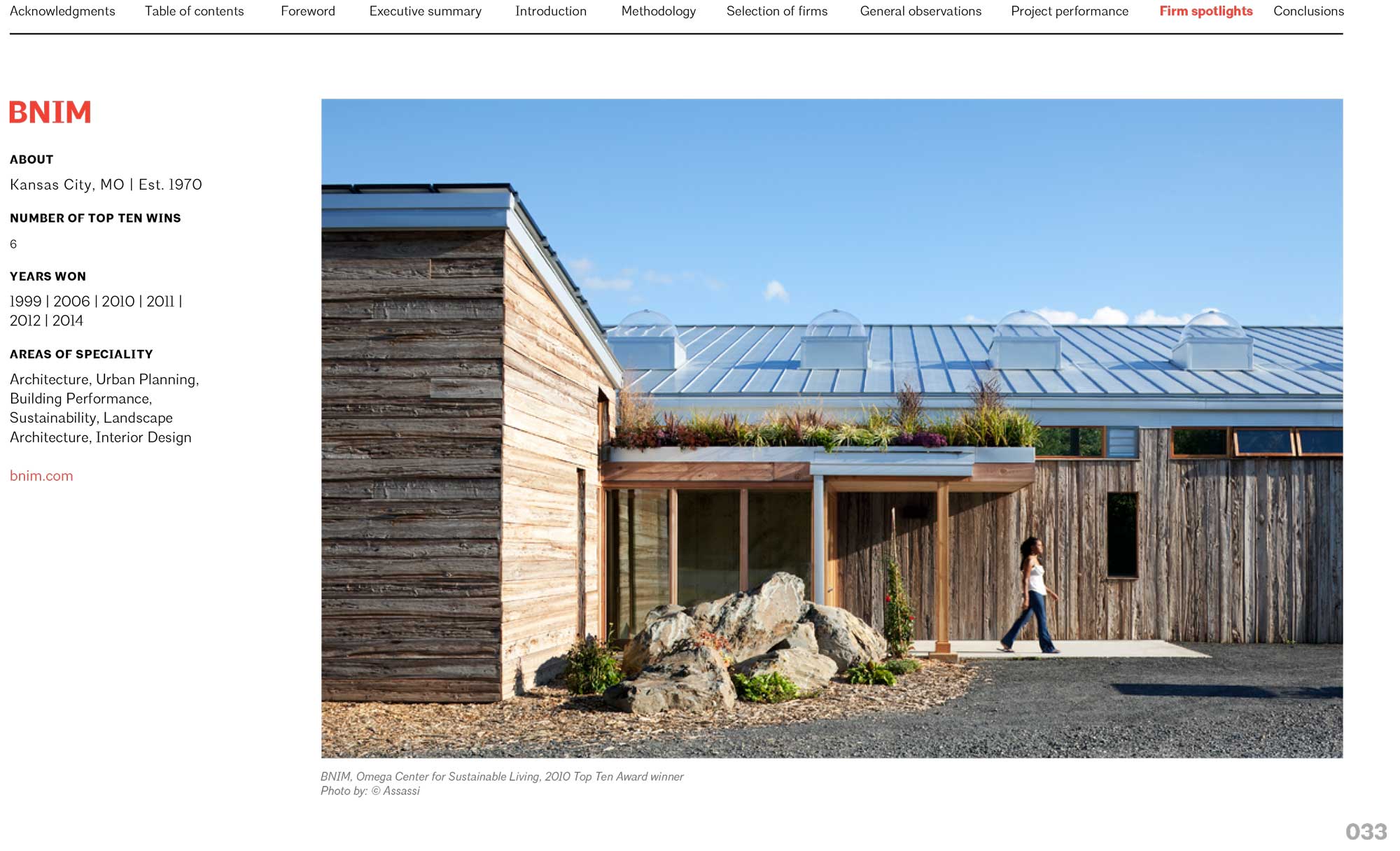 Of the 130 architecture firms that have received at least one COTE Top Ten Award, 29 have done so more than once and 17 have three or more times. Of those receiving more than three COTE Top Ten Awards, 59 percent have also been recognized as AIA Firm Award recipients, the AIA’s highest award given to architecture firms. BNIM has won six times for projects serving as Design Architect, three times for projects where the firm served in the capacity of Sustainable Design Consultant, and one additional time with a COTE Plus Award which recognizes a former COTE project for impressive performance. The firm won the AIA Firm Award in 2011.

*not included in COTE report

According to the report these high-performance firms have the following traits:

This report will be featured at the 2017 AIA Conference on Architecture in Orlando
On Thursday, April 27, session TH309 will report on the latest AIA COTE Reprot, The Habits of High-Performing Firms. Members of the national AIA COTE Advisory Group will lead a lively conversation discussing the connection between great, sustainable projects and overall firm excellence.
TH309 |  April 27, 2017 |  4:30 PM