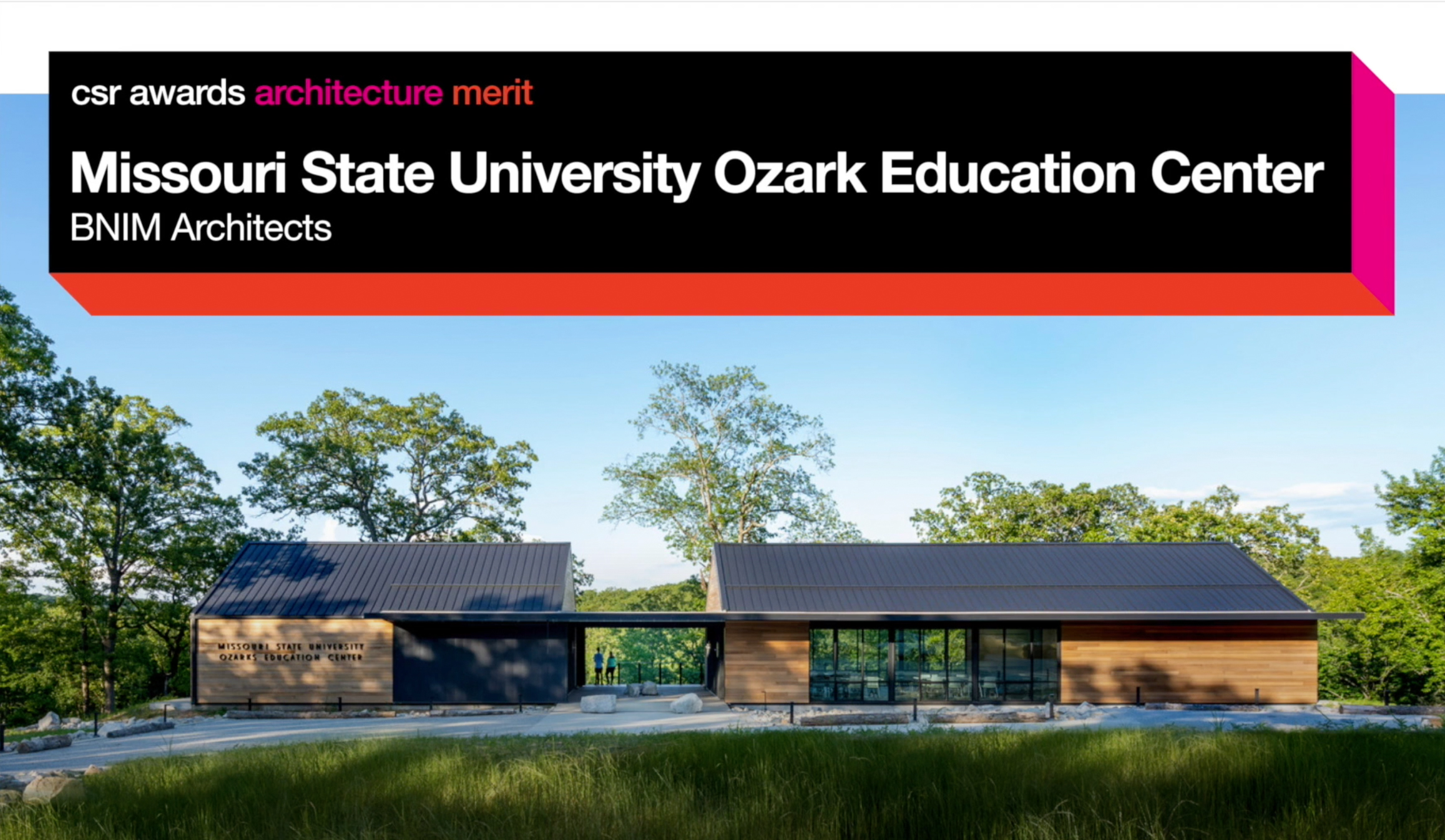 On September 24th, BNIM tuned in to the virtual AIA Iowa and Central States Region Design Awards Ceremony.  We are thrilled to have received a total of four awards overall and notable commentary from the jury.

Asilong Christian High School received Honorable Mention.
"Because of the site's remote location, the school itself becomes a teaching tool. Each decision is measured by its utility and ability to moderate the harsh climate."

University of Iowa College of Nursing Building Modifications received a Merit Award.
“The way they outfitted the interior is very successful with a concrete pallete. A castle on the hill. Saving a brutalist building by converting it from introverted to extroverted. Well done.”

Miesblock received an Honor Award.
“A successful use of a leftover space sitting next to a Mies. Appreciate the tectonics of the steel and how they are visible through the screen."